Pixar Movies On The Go This Summer 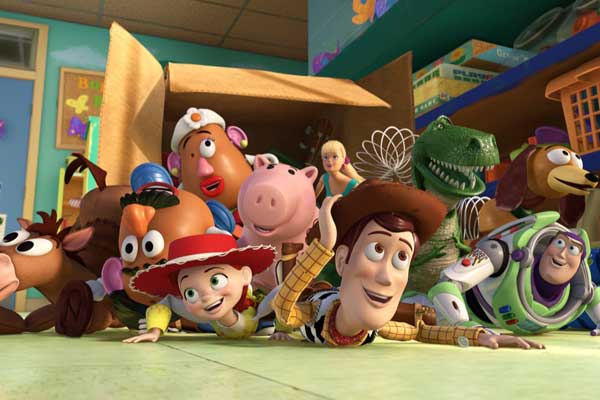 Be prepared to never hear, 'are we there yet' from your kids this summer with Disney Movies Anywhere letting you stream Pixar movies during those road trips.

Tom Cruise faces a real-life ticking time bomb as he races against time to make three EDGE OF TOMORROW premieres in London, Paris and New York Wednesday. And you can watch Cruise, his EDGE OF TOMORROW co-star Emily Blunt and director Doug Liman race between three countries with a live stream from the red carpet premieres.

Between cities, Cruise, Blunt and the film’s director, Doug Liman, will interact with fans via social media as they jet from country to country. Fans can network with the stars using #EOTLive.

Will Cruise, Blunt and Liman make it to their final destination?

CineMovie will be at the Los Angeles fan event watching the live stream from New York City starting at7PM PT so join us as we live tweet with fans and wait for the stars and watch the screening which will start simultaneously with the New York premiere.

THE QUIET ONES Movie Review In A Nutshell 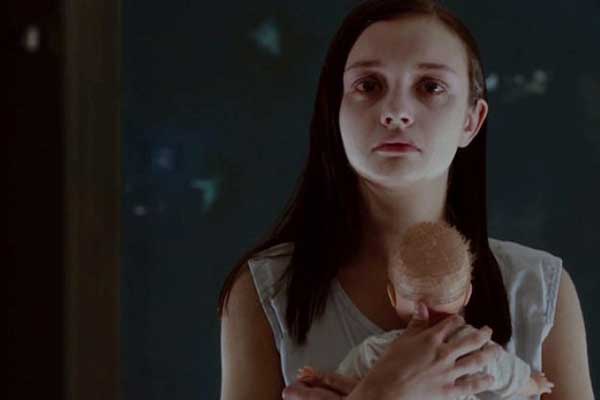 We'll spare you the mumbo jumbo of a long review and tell you whether the new horror film THE QUIET ONES is worth watching or not. 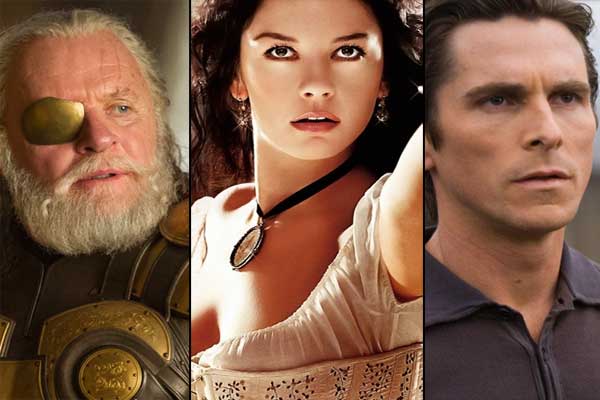 Christian Bale growled his way through the Batman series, and Catherine Zeta-Jones sang her way through Chicago, but both were putting on American accents the whole time. And before you say it: no, they aren’t British-they’re Welsh! Surprised? Read on as we count down 8 famous actors who have their roots in Wales. 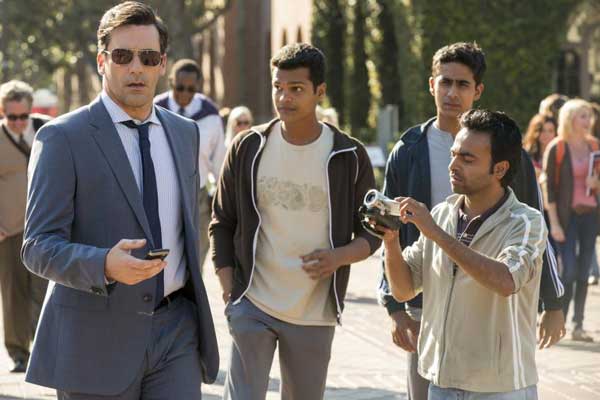 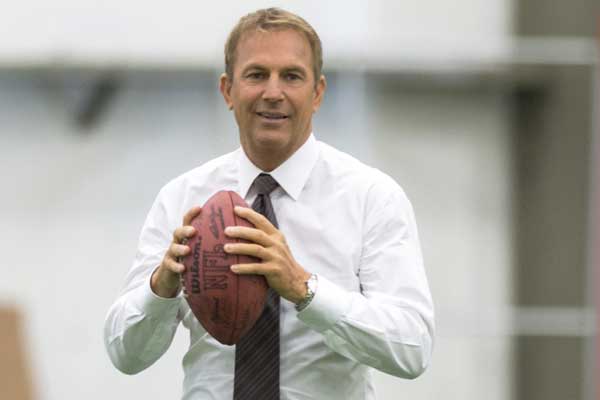 DRAFT DAY marks Kevin Costner's fourth high-profile film in the last year, but it's his role in the Ivan Reitman film that solidifies his comeback. DRAFT DAY is his film alone and you're reminded why he was a mega movie star to begin with.

OCULUS Movie Review In A Nutshell 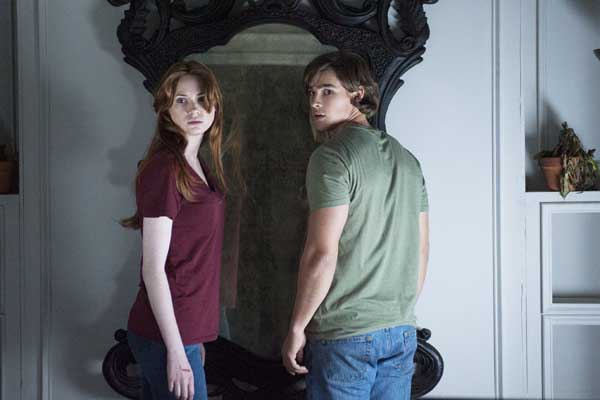 If you're a scaredy cat than OCULUS may not be for you unless you are only going to hang on to your man. For those heading out to see new horror movie starring "Battlestar Galactica's" Katee Sackhoff and "Dr. No's" Karen Gillan, here's an OCULUS movie review in a nutshell. 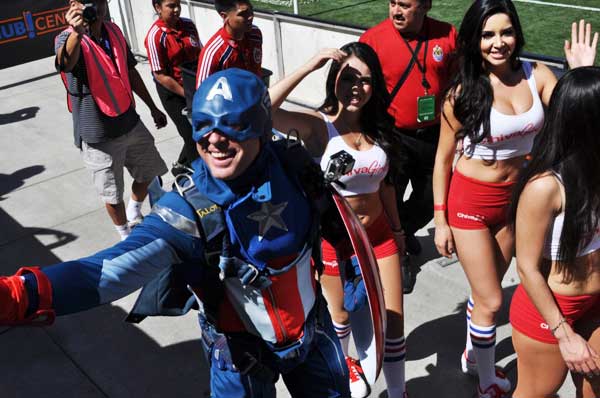 Chivas USA fans got a visit from Captain America as he swooped into the StubHub Center in Los Angeles from the sky and later shot at them, but not in the way you think. Watch the video of the superhero surprise. 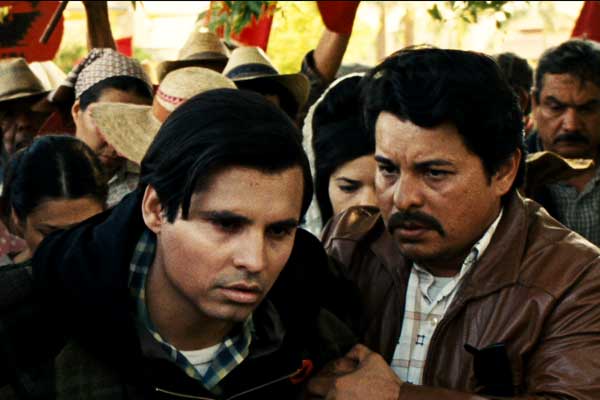 People are playing up the race card and making Latinos feel obligated to go see Diego Luna’s CESAR CHAVEZ movie. It’s important to see CESAR CHAVEZ not out of obligation in celebrating the Latino icon but because Diego Luna delivered a quality film.

Why The Women of '300: Rise of an Empire' Saved The Movie 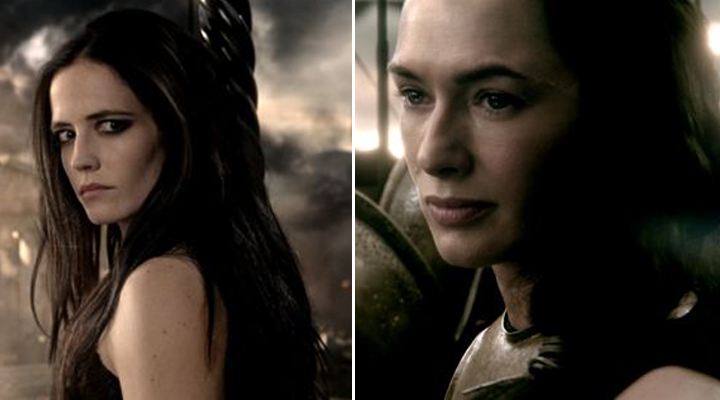 It’s hard to follow up Gerard Butler’s performance and abs in 300 so good thing for Lena Headey and Eva Green as the frightening antagonist in 300: RISE OF AN EMPIRE because the new guy didn’t fill the shoes… or in this case the sandals of the previous lead. 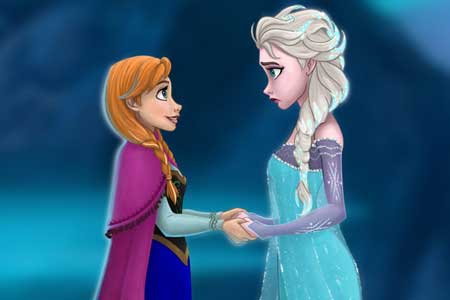 FROZEN proved a perfectly sweet Disney treat for the holidays, and now it arrives on Blu-ray and DVD March 18 to enjoy at home for the first time or a relive the magic. 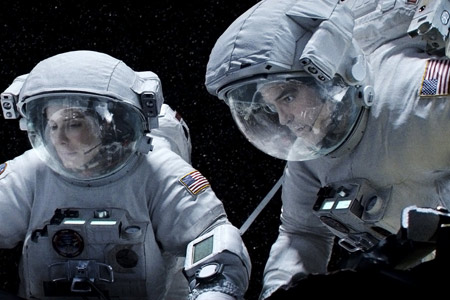 GRAVITY was the big winner of the night seven wins including Best Director, Cinematography, Original Score and in four other categories. There were no surprises Sunday night with the predicted winners taking the Oscar home. Here is a complete list of winners and the other nominees in their category.