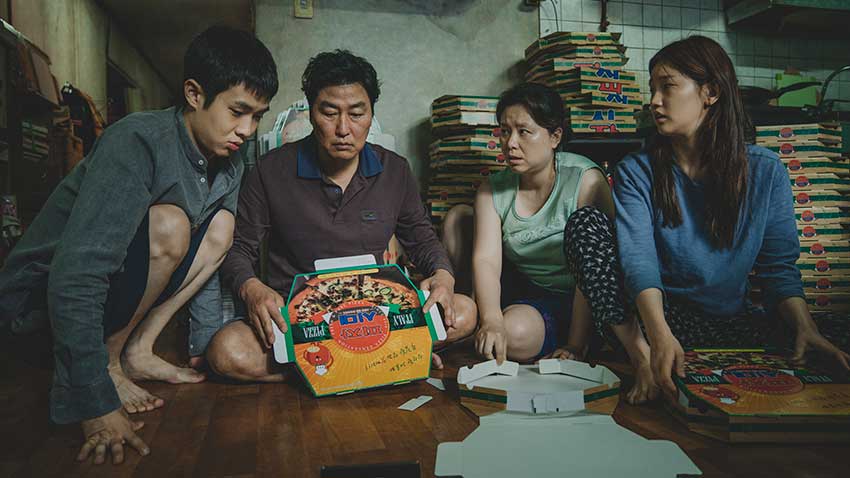 Many predicted Academy members would not hand PARASITE, the foreign language film the win for the Best Picture but the black dramedy became the first foreign-language film to win the Best Picture in the Academy's history as well as three other awards. As for the other categories, there were not many surprises with the expected nominees taking the gold statue. See the full list below.

PARASITE swept up the awards at the 92nd Academy Awards with the expected win in the Best International category, but Bong Joon-Ho also took the Oscar home for Best Director, Best Original Screenplay and the coveted Best Picture. Other than the top two categories, the winners in the other categories were as expected.

JOKER (11) and THE IRISHMAN (9) came in with the most nominations, but the JOKER took only two wins, while THE IRISHMAN left empty-handed. 1917 also won in two technical categories including cinematography and Best Visual Effects.

Supporting actor - Brad Pitt, “Once Upon a Time in Hollywood”
Tom Hanks, “A Beautiful Day in the Neighborhood”
Anthony Hopkins, “The Two Popes”
Al Pacino, “The Irishman”
Joe Pesci, “The Irishman”

“The Irishman,” Rodrigo Prieto
“Joker,” Lawrence Sher
“The Lighthouse,” Jarin Blaschke
“Once Upon a Time in Hollywood,” Robert Richardson

Documentary short subject - “Learning to Skateboard in a Warzone (If You’re a Girl)”
“In the Absence”
“Life Overtakes Me”
“St. Louis Superman”
“Walk Run Cha-Cha”