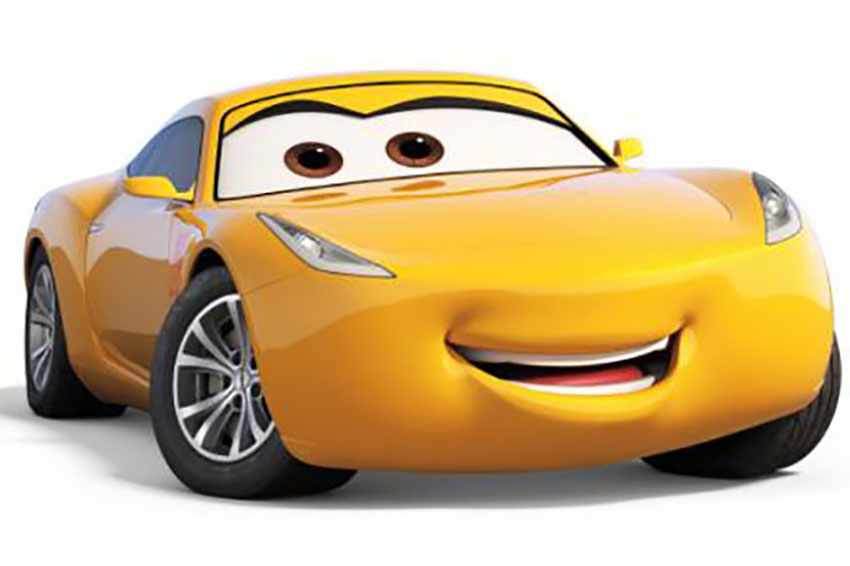 Move over Mator, there’s a new side-kick and scene-stealer for the next CARS movie. In CARS 3, McQueen sets off on an adventure to recapture his former glory with a new character named Cruz. A half-hour preview at Pixar Studios introduced Cruz voiced by Cristela Alonzo, and we’ve already fallen in love with her.

Disney and Pixar flew CineMovie out to Pixar Studios in Northern California for a 40-minute sneak peek at the third CARS movie, along with interviews with the filmmakers and animators. In CARS 3, Lightning McQueen’s career has crashed and burned as a new generation of blazing-fast racers leave him in the dust. To get back on track, McQueen along with an eager-to-please technician (Cruz Ramirez) go on a mission to find #95’s role model, the Hudson Hornet.

McQeen’s CARS 3 dilemma isn’t the only interesting storyline. A new character joins the crew, and moviegoers will instantly fall in love with her.  McQueen meets Cruz Ramirez (voiced by Cristela Alonzo), a sunny-but-fierce unconventional trainer at the Rust-eze Racing Center in charge of getting #95 into shape using high-tech tools. She’s spunky, positive and full of energy. Alonzo brings an energy to Cruz that reminiscent of Ellen DeGeneres’ Dory. 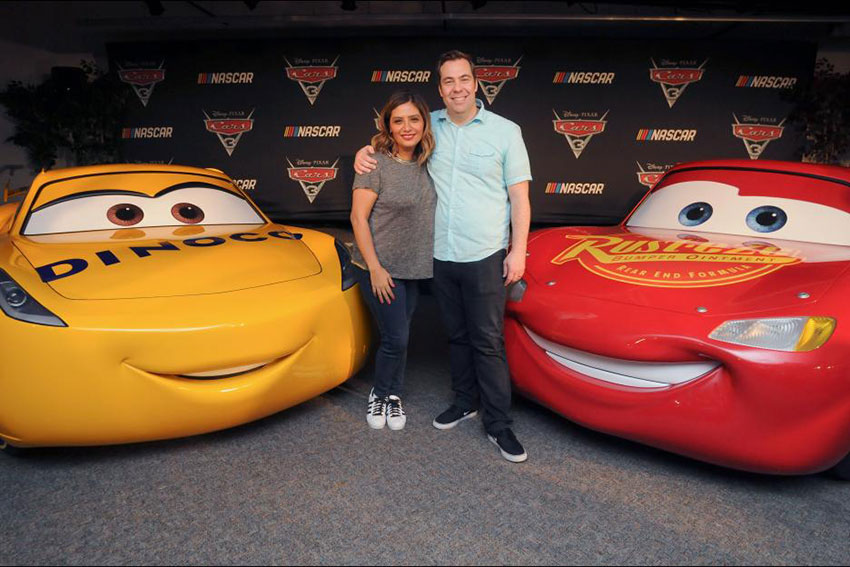 For McQueen’s dilemma, CARS 3 writers Kiel Murray, Bob Peterson, Mike Rich and Story Supervisor Scott Morse looked to athletes headed for retirement for inspiration for the story. For Cruz, Cristela Alonzo laid the groundwork for her Cruz character. In CARS 3, Cruz’s character idolizes McQueen and we find out from the exclusive screening that Cruz always dreamed of becoming a racer but she was discouraged from it and instead became a trainer. The writer sat around for days with the director talking structure, the story’s evolution and what would make Cruz special.

“She was so much fun to work on,” Kiel Murray tells CineMovie “Why do we want to watch her? What’s unique about her?”

When they sat down with the comedian, she provided a lot of those answers. Alonzo, the daughter of an immigrant, opened up about her struggle to get where she is as an actress and comedian. Story supervisor Scott Morse was pleasantly surprised how close her story was to Cruz’s dilemma.

One thing’s for sure, Cristela Alonzo’s Cruz will be racing away with CARS fan's hearts when CARS 3 opens June 16.