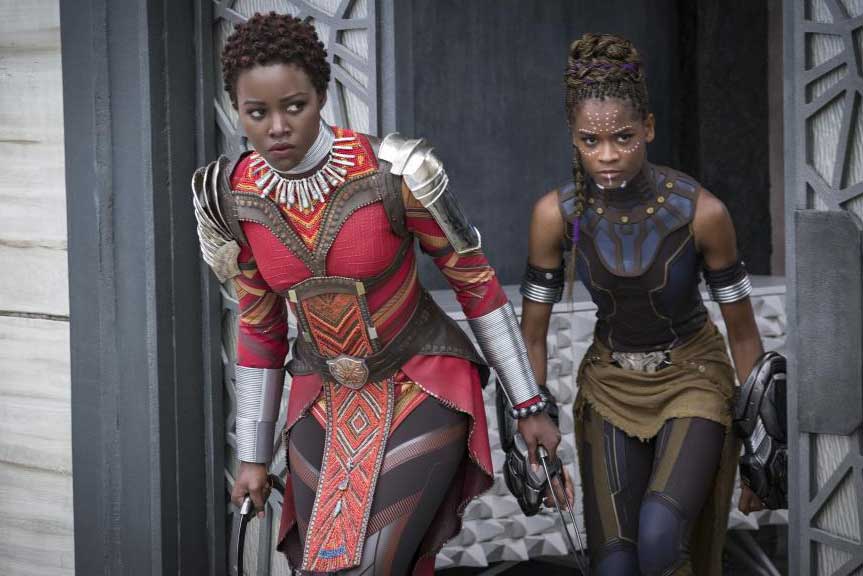 BLACK PANTHER opened to record-breaking numbers domestically and worldwide. The reviews were overwhelming positive including from many celebrities and filmmakers who voiced their excitement over the ground breaking superhero film. We've compiled a list of the celebrity tweets below.

Oprah, Michelle Obama, Jada Pinkett Smith, Chris Evans and tons of other celebrities have been praising the Marvel movie on their Twitter accounts. Filmmakers like Barry Jenkins, Rian Johnson and Ron Howard have also chimed in to congratulate director Ryan Coogler for his work on BLACK PANTHER.

Just saw it with Stedman. It’s Phenomenal!! Layers and layers of it. Wakunda ForEveeeerrrr! #BlackPanther

My parents are almost 80. And even they went to see #BlackPanther this weekend. Wakanda, y’all. Wakanda.

Huge congrats #BlackPanther on the staggering weekend. So happy for your incredibly meaningful success. Wonder Woman posse can’t wait for break in schedule to see it! You're changing the world. What a wonderful thing! Congrats to you all @theblackpanther #RyanCoogler

Coogler just raised the bar - #blackpanther is really something special.

Congrats to the entire #blackpanther team! Because of you, young people will finally see superheroes that look like them on the big screen. I loved this movie and I know it will inspire people of all backgrounds to dig deep and find the courage to be heroes of their own stories.

How we walking out of theaters after watching Black Panther ✊?? pic.twitter.com/50C2q1WLK5

I’ve loved the Black Panther reaction videos, read the reviews/think pieces, swooned over folks lining theaters, tried to teach myself Panther flash mob dance moves, admired all the African threads. But this. This broke me. Our babies. Our young ones. Imagine the seeds planted... pic.twitter.com/rEbsjm5gld

I want to share something that Nelson Mandela said to me. . He said, “With the type of fame that you have attained it is important when you encounter your fans that you — Reach Your Hand Out and let them Feel Your Flesh. You have to prove to them that you are REAL — because people can not aspire to anything they do not believe is Real.” . So I say to you, Congratulations! Enjoy this Transcendent Moment. Go into the streets... Touch them... Let them know that you are real! . @chadwickboseman, @michaelbjordan @lupitanyongo @letitiawright @danaigurira @danielkaluuya @im.angelabassett @andyserkis @winstoncduke @sterlingkbrown @rmorrison @therealstanlee @ludwiggoransson @iamruthecarter #blackpanther . With Pure Delight WILL :-)