‘The Bridge’ Season 2 Review: More Sinister Than Ever

As expected, we find Mexican detective Marco Ruiz (Demian Bichir) in the aftermath of his son’s death in the premiere episode airing on FX July 9th. He’s prone to violence, an alcoholic and lonely after his wife leaves him. He continues to work with corrupt cops and someone within the department wants him dead, but he doesn’t seem to make a big deal since he seems to have a death wish. He refuses any help from Detective Sonya Cross (Diane Kruger) although she makes the attempt, but he sends her back to El Paso. Bichir gives another powerful performance, but this season the Mexican actor and Academy Award nominee ("A Better Life") really shows depth as a tormented Marco Ruiz this season. 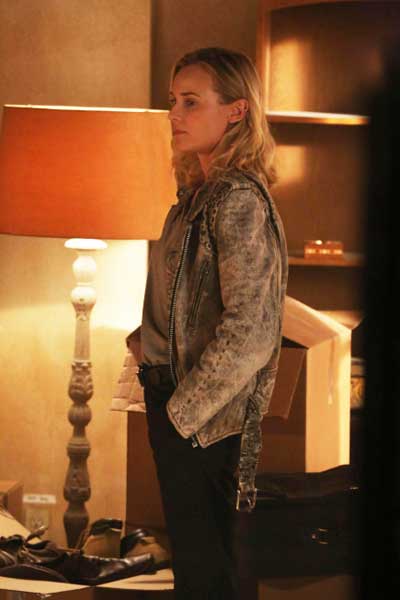 Meanwhile in El Paso, Sonya continues her odd behavior as she takes up with the brother of her sister’s killer while also investigating the death of a DEA agent and cartel member.  This season, Diane Kruger has toned down her odd expressions as an Asperger sufferer, which were often exaggerated in season one. She’s a lot more enjoyable to watch this season, and Kruger continues to give depth to her character which is like no other we’ve seen on television.

What is really adding intrigue to season two of “The Bridge” is a new character played by German actress Franka Potente ("Run Lola Run," "The Bourne Idenity"). At first glance she seems harmless in her church-going attire and notebook, but we soon find out she’s as sinister and freakish as an enforcer and/or accountant for the drug cartel. Ruthless, relentless and cold, she doesn’t make a distinction between killing men, women and children. It definitely will keep us watching to find out exactly what her role is in all this bloodshed and murder.