3 Reasons Why 'Smurfs: The Lost Village' Will Be Better Than Previous Smurf Films 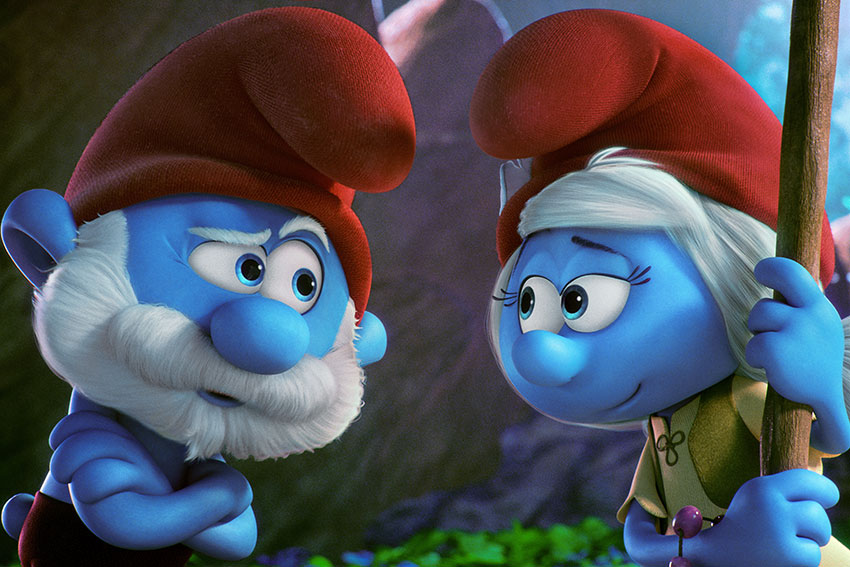 Making Smurfs Great Again. Sony Pictures Animation invited us to their Los Angeles studios for the first preview of SMURFS: THE LOST VILLAGE, the fully animated feature opening April 7. At the presentation, director Kelly Asbury revealed three facts about the Smurfs movie that should get fans of the original material excited about the upcoming film.

The Smurfs 80s cartoon was adapted from the comic strip by Belgian cartoonist Pierre Culliford who worked under the pseudonym Peyo. I purposely refused to watch the live action adaptations in 2011 and 2013 since it felt sacrilegious to watch the smurfs interact with live humans.

Director Kelly Asbury says the fully animated film returns to Peyo’s original work and the look mimics his style. The three clips previewed during the presentation were certainly nostalgic with the Smurfs looking like their former selves as the author intended.

The live action films took place in a city which is not the usual habitat for the blue characters. In SMURFS: THE LOST VILLAGE, we will experience them in their world. Smurfette, Brainy, Clumsy and Hefty leave their village for an adventure through the Forbidden Forest filled with magical creatures on a mission to find the mysterious lost village before the evil wizard Gargamel. 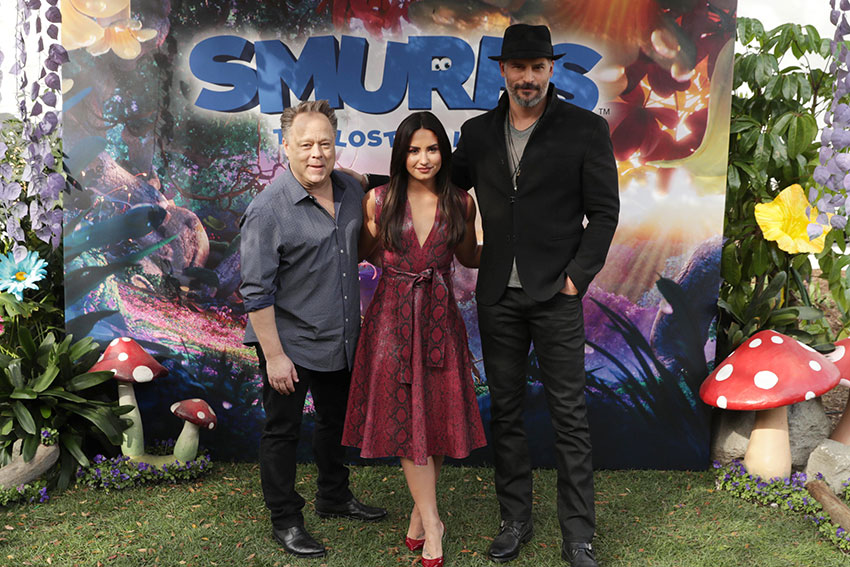 We got a taste of the A-list voices in the 3 preview clips, and they are just too cute for words. Speaking of cute Joe Manganiello and Demi Lovato made an appearance to talk up their roles as Smurfs. 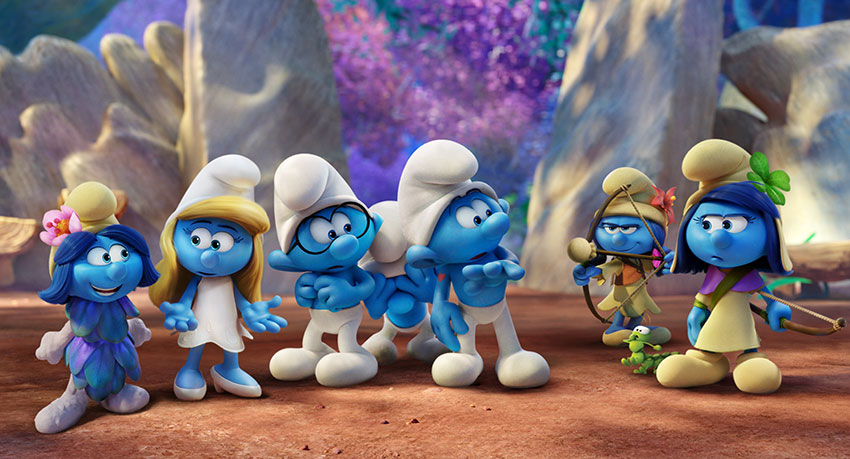 Fans will be seeing some female empowerment in the new Smurfs movie as the adventure leads the crew to a mysterious lost village run by women smurfs. Julia Roberts, Michelle Rodriguez, Ellie Kemper and Ariel Winter voice the new Smurfettes. Papa Smurf even meets this match with a Mama Smurf. SmurfWillow is voiced by Julia Roberts.

These new lady Smurfs are warriors so expect some feistiness especially from Michelle Rodriguez’s SmurfStorm, and Ellie Kemper lends her sweet voice to SmurfBlossom.

All that is reason enough to get us excited for SMURFS: THE LOST VILLAGE when it opens April 7.