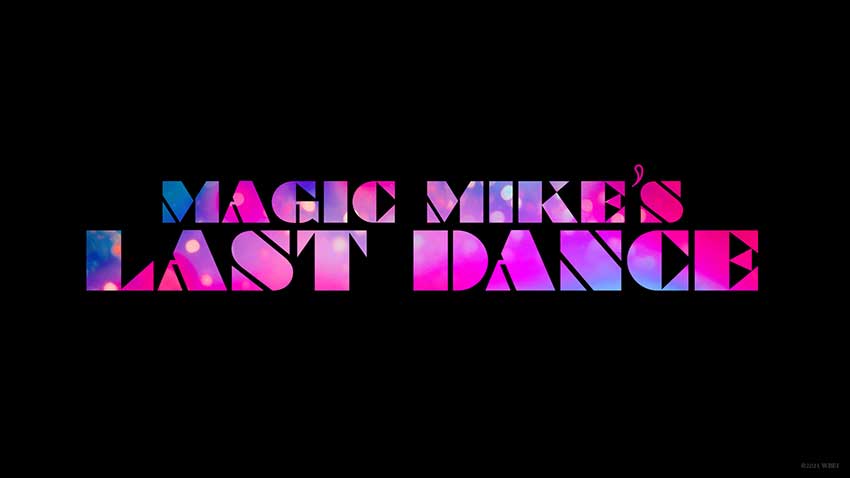 Steven Soderbergh directed the first MAGIC MIKE (21012)and returned as the executive producer on the 2015 sequel. In the announcement, Soderbergh noted that he was impressed with the live Magic Mike show and felt there was more to explore with the choreography.

See more about the news below.

Burbank, CA – November 29, 2021 – Warner Bros. Pictures announced today that “Magic Mike’s Last Dance,” the third installment in the blockbuster film franchise starring Channing Tatum, will debut exclusively on HBO Max. The team behind the first “Magic Mike,” which garnered praise from critics and audiences alike, has come together to create the magic again. Tatum will reprise his role as “Mike Lane” and Steven Soderbergh returns to the helm with a script from Reid Carolin, who also wrote the first two films.  Gregory Jacobs, who directed the hit “Magic Mike XXL,” returns to produce along with Carolin, Nick Wechsler and Peter Kiernan.

“Is there anybody on screen more charismatic and appealing than Magic Mike?” said Toby Emmerich, Chairman, Warner Bros. Pictures Group, “We’re thrilled to be back in business with Channing, Steven and their creative team to bring back Magic Mike’s wonderful combination of dance, drama, romance and humor.”

The first two “Magic Mike” films grossed nearly $300 million worldwide and, in 2017, the franchise spawned the successful stage experience “Magic Mike Live.” The show launched in Las Vegas and quickly expanded internationally, with sold out shows in London, Berlin and Australia. “Magic Mike Live” has just announced their first North American multi-year tour premiering in Nashville, Tennessee on April 6, 2022, and continuing onto Miami, with additional cities to be announced.

The live shows inspired the upcoming HBO Max reality competition series “Finding Magic Mike,” premiering on December 16, 2021. The series follows ten men who have “lost their magic” as they bare their souls and learn to perform dance routines, with one winner being awarded a cash prize and a chance to perform on the “Magic Mike Live” stage in Las Vegas.

As producers kept expanding the “Magic Mike” universe, they realized fans were also clamoring for another film.
“There are no words for how excited I am to blow the doors off of the world of ‘Magic Mike’ with Steven, Greg, Reid, and the amazing people at HBO Max. The stripperverse will never be the same,” said Tatum.

Soderbergh added, “As soon as I saw what Channing, Reid, and the ‘Magic Mike’ choreographic team did with the live show, I said we have to make another movie. Mike Lane’s dream of connecting people through dance must be realized!”