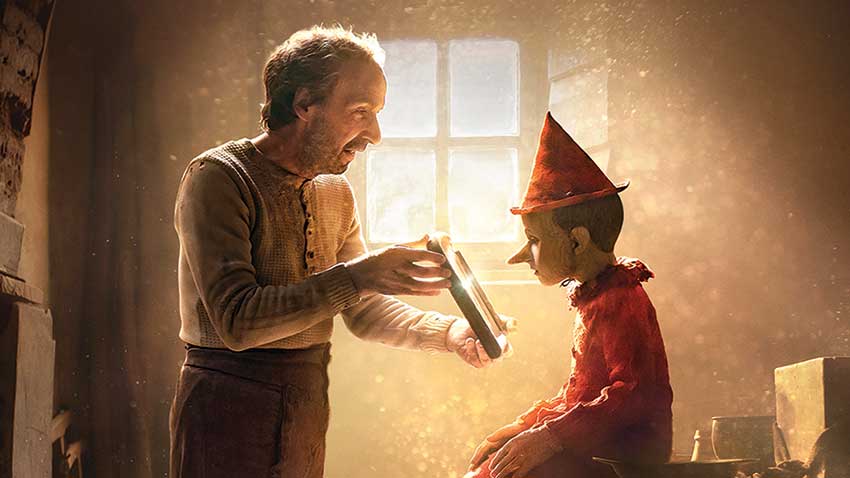 Roadside Attractions has acquired the English-language version of Matteo Garrone's PINOCCHIO for a December 25 release in the United States. The Italian retelling of the beloved children's literature classic stars Oscar® winner Roberto Benigni (LIFE IS BEAUTIFUL) as Geppetto and newcomer Federico Ielapi as the wooden boy.

Roadside Attractions will give Matteo Garrone's English dubbed PINOCCHIO a wide release in 2000 screens. The release comes on the heels of the successful U.K. run. According to the press release, Roadside Attractions opted for an English version rather than in subtitled form so young children could enjoy the classic story.

(LOS ANGELES -- Nov. 30 2020) -- Roadside Attractions will release on Dec. 25 the English-language version of Matteo Garrone's visionary new imagining of the treasured family classic, Pinocchio ​starring Roberto Benigni and newcomer Federico Ielapi. The company is eyeing up to 2000 screens for the Christmas release, buoyed by the success of Pinocchio's UK performance, where distributor Vertigo Releasing likewise favored an English language version over subtitles in its successful Aug., 2020 wide theatrical release.

"We love the emotional and fantastical storytelling of this new Pinocchio, and, with what's shaping up to be a ​challenging holiday season for families, we think this English language version will be a welcoming escape for​ any kids and parents with a nose for adventure and mischief," said Roadside co-presidents Howard Cohen and Eric d'Arbeloff.​

Garrone's rich world of mystery and wonder premiered at the 2020 Berlin Film Festival and stars Academy Award® winning actor Benigni as Geppetto, the old woodcarver whose puppet creation, Pinocchio, magically comes to life with dreams of becoming a real boy. Easily led astray, Pinocchio (nine-year-old Ielapi) tumbles from one misadventure to another as he is tricked, kidnapped and chased by bandits through a wonderful world full of imaginative creatures – from the belly of a giant fish, to the Land Of Toys and the Field Of Miracles.

One of the world's most loved children's literature classics, Pinocchio has been translated into more than 300 languages from the original 1883 novel written by Carlo Collodi, and remains amongst the top 50 bestsellers globally.