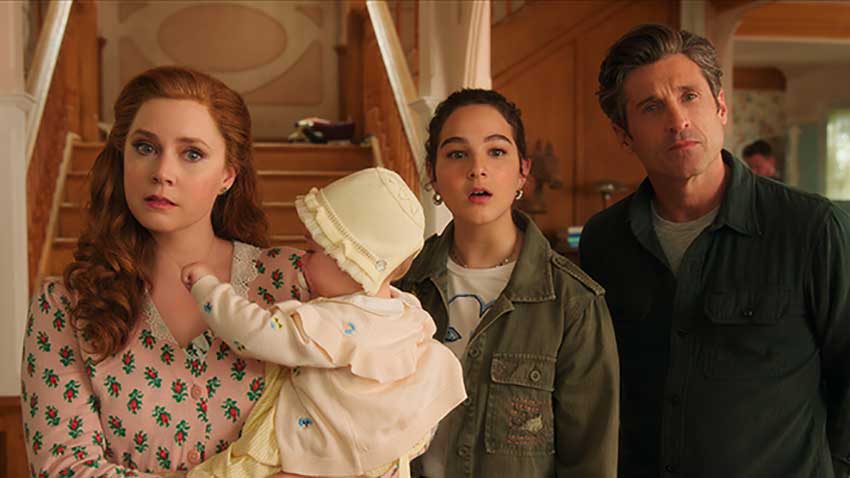 A sequel to ENCHANTED with Amy Adams, Patrick Demsey Idina Menzel and James Marsden is coming to Disney+ this Thanksgiving with DISENCHANTED. Fifteen years since the original, Giselle (Adams) and the family move to the suburbs but she casts a spell turning the town into a fairytale including becoming an evil stepmother. Check out the new images, trailer and key art for the new movie.

Disney’s DISENCHANTED begins streaming on November 24, only on Disney+. 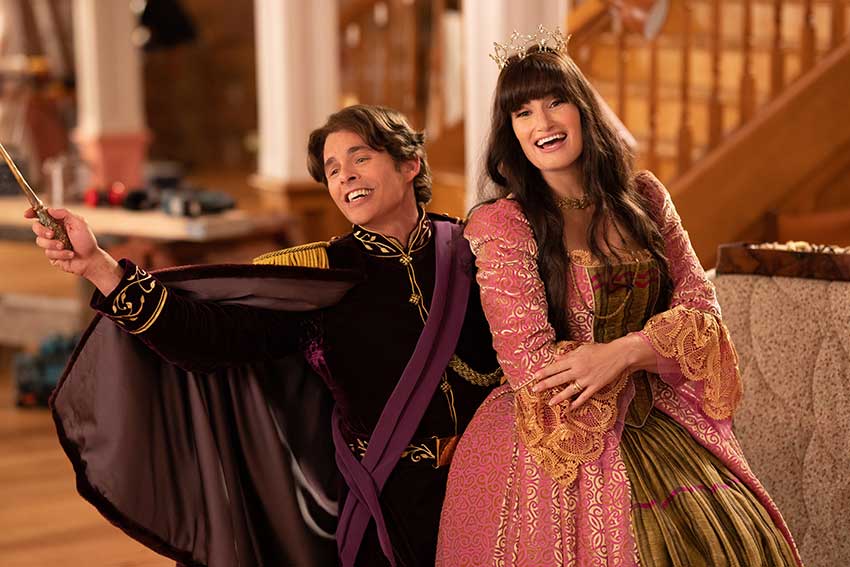 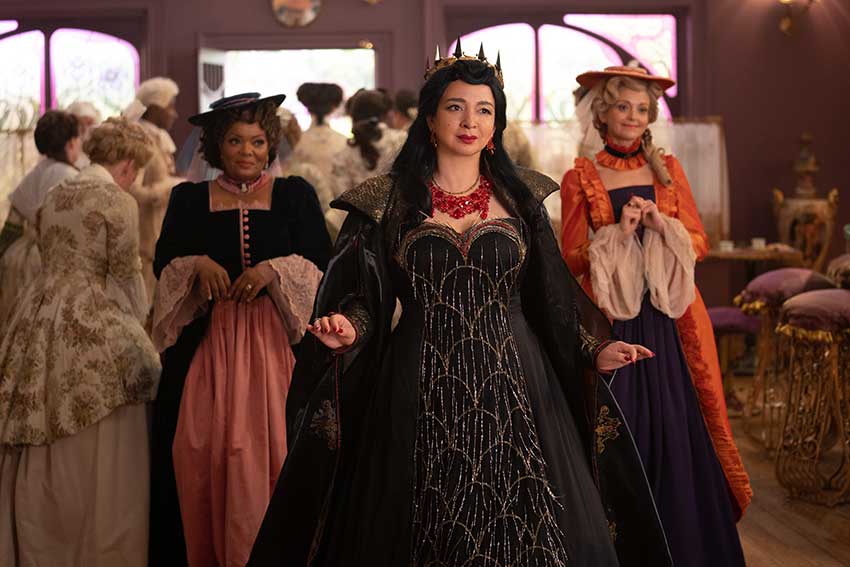 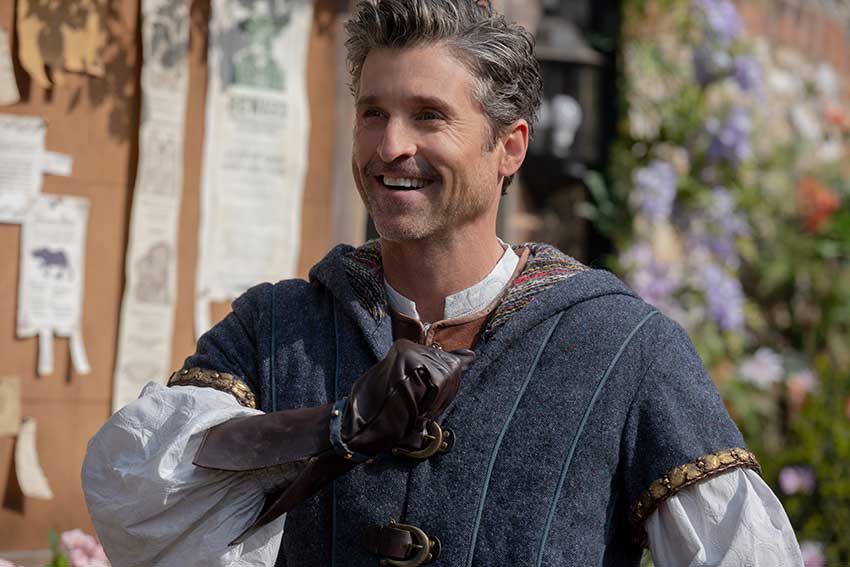 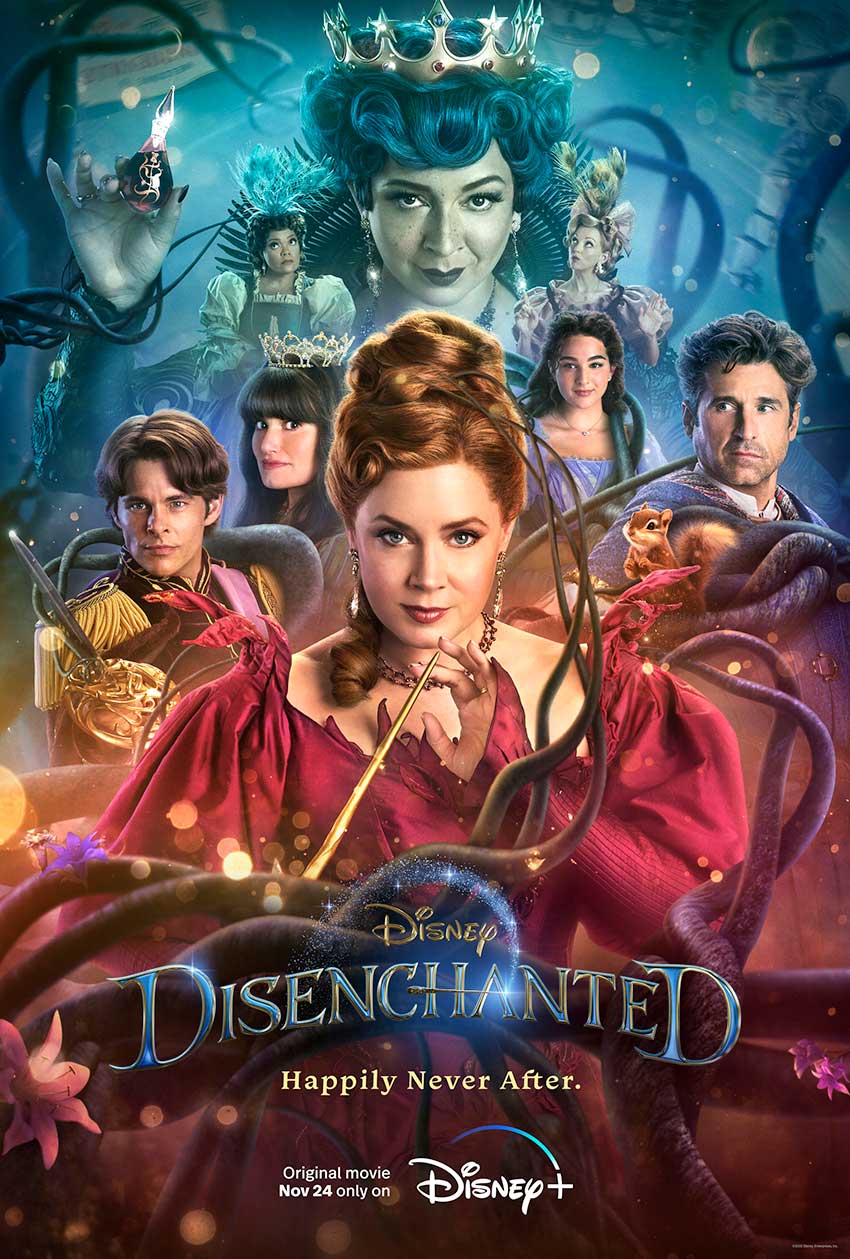 Official Synopsis
It has been 15 years since Giselle (Amy Adams) and Robert (Patrick Dempsey) wed, but Giselle has grown disillusioned with life in the city, so they move their growing family to the sleepy suburban community of Monroeville in search of a more fairy tale life. Unfortunately, it isn’t the quick fix she had hoped for. Suburbia has a whole new set of rules and a local queen bee, Malvina Monroe (Maya Rudolph), who makes Giselle feel more out of place than ever. Frustrated that her happily ever after hasn’t been so easy to find, she turns to the magic of Andalasia for help, accidentally transforming the entire town into a real-life fairy tale and placing her family’s future happiness in jeopardy. Now, Giselle is in a race against time to reverse the spell and determine what happily ever after truly means to her and her family.