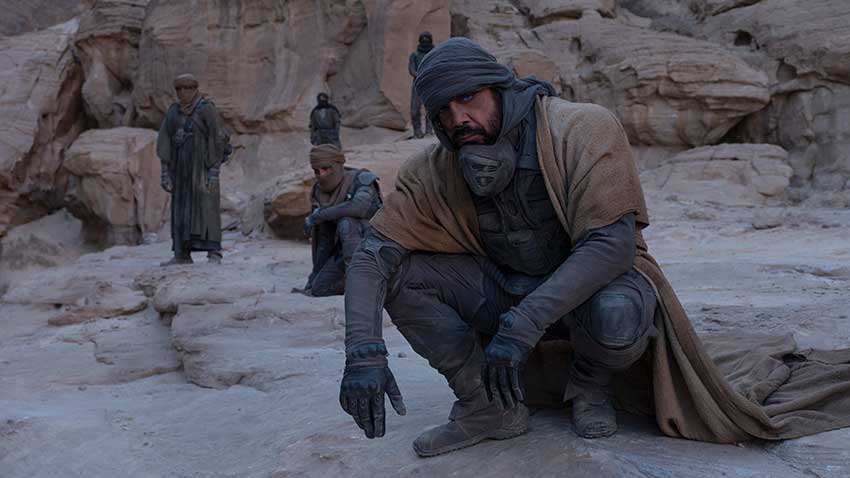 Denis Villeneuve's DUNE may be the only movie I may see on the big screen inside a movie theater before a COVID-19 vaccine is ready. The new preview is visually stunning and no doubt it will become a cinematic masterpiece.  The star-studded cast includes Timothée Chalamet, Zendaya, Oscar Isaac, Rebecca Ferguson, Josh Brolin, Dave Bautista, Javier Bardem and Stellan Skarsgård.

Coming to movie theaters December 18, DUNE like BLADE RUNNER 2049 is a highly-anticipated film based on a sci-fi property. David Lynch's 1984 adaptation of DUNE was a disappointment to fans of Frank Herbert's sci-fi novel. Villeneuve is looking to rectify a cinematic adaptation so the expectations are high. Villaneuve seems to be the filmmaker to meet the challenge, given that BLADE RUNNER 2049 generally satisfied sci-fi fans.

A mythic and emotionally charged hero’s journey, “Dune” tells the story of Paul Atreides, a brilliant and gifted young man born into a great destiny beyond his understanding, who must travel to the most dangerous planet in the universe to ensure the future of his family and his people. As malevolent forces explode into conflict over the planet’s exclusive supply of the most precious resource in existence—a commodity capable of unlocking humanity’s greatest potential—only those who can conquer their fear will survive.

Warner Bros. Pictures and Legendary Pictures Present “Dune.” The film is slated to be released in theaters on December 18, 2020