Disney and Marvel released a long teaser trailer for their third film in MCU's Phase Four, opening November 5. The preview is filled with beautiful imagery thanks to newly crowned Academy Award®–winner Chloé Zhao. The story behind the Eternals has similarities to religious beliefs and past human-extraterrestrial contact. In the hands of Chloé Zhao, this should be interesting. So meet the Eternals played by a stellar cast (Angelina Jolie, Salma Hayek, Gemma Chan, Richard Madden, Kumail Nanjiani, Kit Harrington).

The new preview is an inspiring piece of work with breathtaking visuals and costumes. The trailer sets up the appearance of the Eternals from the start of civilization to the present with mention of Tony Stark and Steve Rogers post Blip.

The set up is the celestial beings have been living among the mortals for centuries but never interfering in their lives until now. What prompts them out of hiding to reconvene? That remains the question, but the set up is an interesting one.

In this MCU film, the Eternal are the ones that gave humans the tools to build a civilization and progress in their lives. This idea certainly has roots in ancient alien theories except in this case the celestial beings are in human form.

There are also biblical inferences as well. In the Bible, God gave the first humans Adam and Eve free will to make good or bad choices, and they obviously failed that test. You get a bit of that in the short preview.

Director Zhao brings familiar imagery to the MCU movie. She's got a great eye for panoramic landscapes draped in natural lighting which are reminiscent of the cinematography in her award-winning film, NOMADLAND.

Being Chinese, she will bring a different type of sensibility to the ETERNALS, and it's already evident in this impressive first look that this will be a different kind of MCU outing. 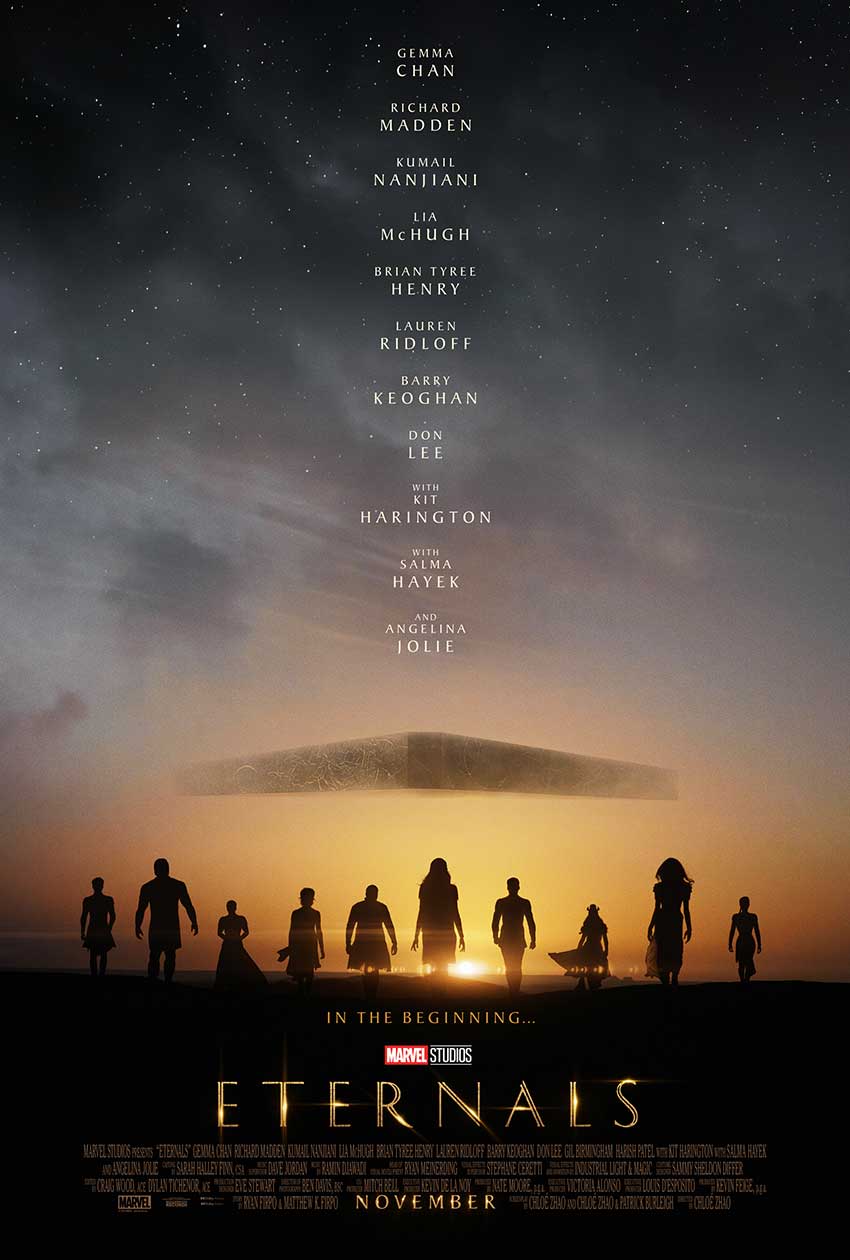