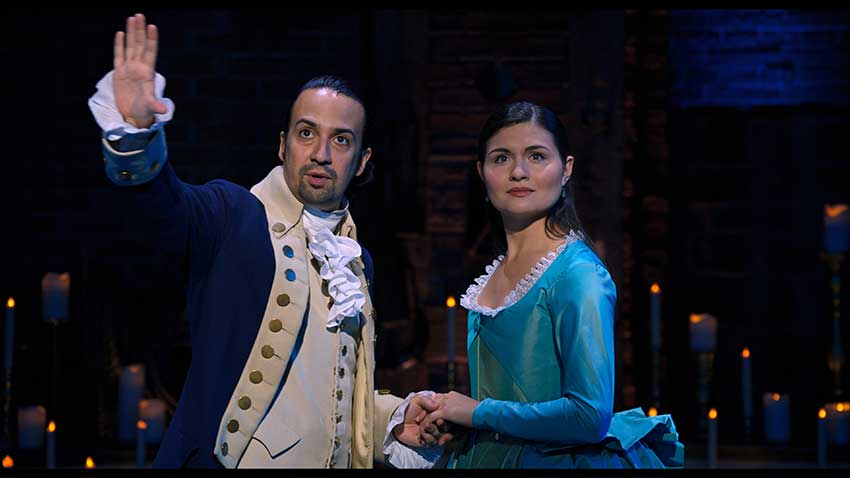 The filmed version of the hit Broadway musical “Hamilton” from Lin-Manuel Miranda will be available for the world to see on Disney+ July 3rd. For many of us (like myself) who have not had the pleasure of seeing it live,  “Hamilton” the movie version will certainly be a thrill to watch judging from the trailer which brings the stage musical to life on film. Watch the trailer.

The experience of watching “Hamilton” on stage may not be the same but the filmed version does take you up close for a more intimate perspective rather than at a distance from one angle. You don't have to worry about sitting in the nose bleed section to watch this moving re-imagination of history.

Disney originally intended to release "Hamilton" next year, but after the COVID-19 pandemic sent millions into lockdown, the movie studio and Miranda decided this breakthrough stage musical was much needed at this time. After the Black Lives Matter movement erupted, "Hamilton" is now more relevant than ever.

An unforgettable cinematic stage performance, the filmed version of the original Broadway production of “Hamilton” combines the best elements of live theater, film and streaming to bring the cultural phenomenon to homes around the world for a thrilling, once-in-a-lifetime experience. “Hamilton” is the story of America then, told by America now. Featuring a score that blends hip-hop, jazz, R&B and Broadway, “Hamilton” has taken the story of American founding father Alexander Hamilton and created a revolutionary moment in theatre—a musical that has had a profound impact on culture, politics, and education.