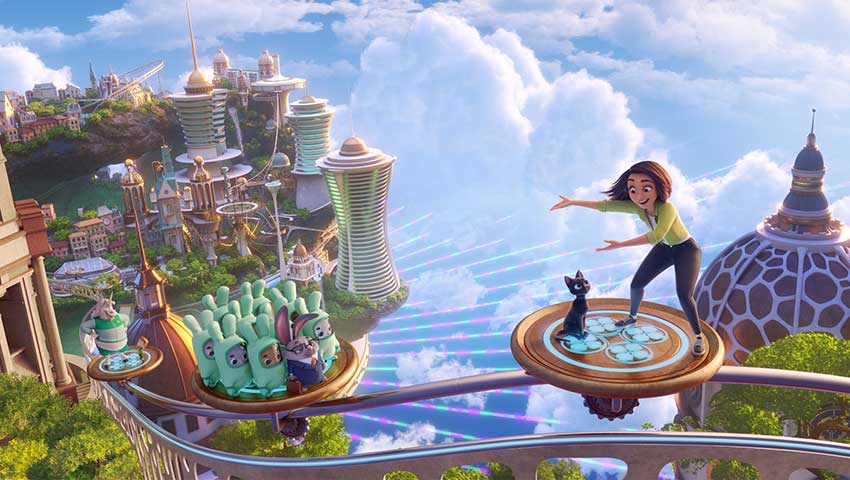 It seems leprechauns aren't the only ones responsible for bringing you luck. In Skydance Animation and Apple Original Film's new film LUCK, the Land of the Luck exists where magical leprechauns and animals are manufacturing both good and bad luck. Watch the new trailer which features the voices of Simon Pegg, Jane Fonda, Whoopi Goldberg Lil Rel Howery.

Sam Greenfield, the unluckiest person in the world, who when she stumbles into the never-before-seen Land of Luck, sets out on a quest to bring some good luck home for her best friend. But with humans not allowed, her only chance is teaming up with the magical creatures who live there to do it.

Directed by Peggy Holmes, exclusive first look footage of LUCK will be revealed at the upcoming Annecy International Animation Film Festival’s Work in Progress sessions on June 14, 2022. Holmes, along with key members of the animation team, will share insights into the creative journey behind this highly anticipated, must-see family event.