The queen of ranchera music Jenni Rivera lost her life in a plane crash on December 9, 2012. Immediately conspiracies started circulating online that it was a cartel hit. Nearly a decade following her untimely passing, a new Peacock 3-part original special will explore the life and mysterious death of the famous Regional Mexican artist.

Did the cartel have anything to do with Jenni Rivera's plane crash? It's highly unlikely but the new docuseries will give audiences an in-depth look at the real story behind the tragedy in the three-hour special.

Who Killed Jenni Rivera? re-examines the tragic crash of the luxury Learjet that the singer was aboard outside Monterrey, Mexico in 2012.

Who Killed Jenni Rivera? is part of the Tplus slate of originals for Peacock in 2022. Tplus builds on Telemundo's legacy of premium content and its decade-long success in delivering original titles through platforms that reach audiences directly. Tplus programming is developed for the 200%ers, the audiences that are 100% American and 100% Latino, presenting a wide range of entertainment, news and sports content in Spanish and English. 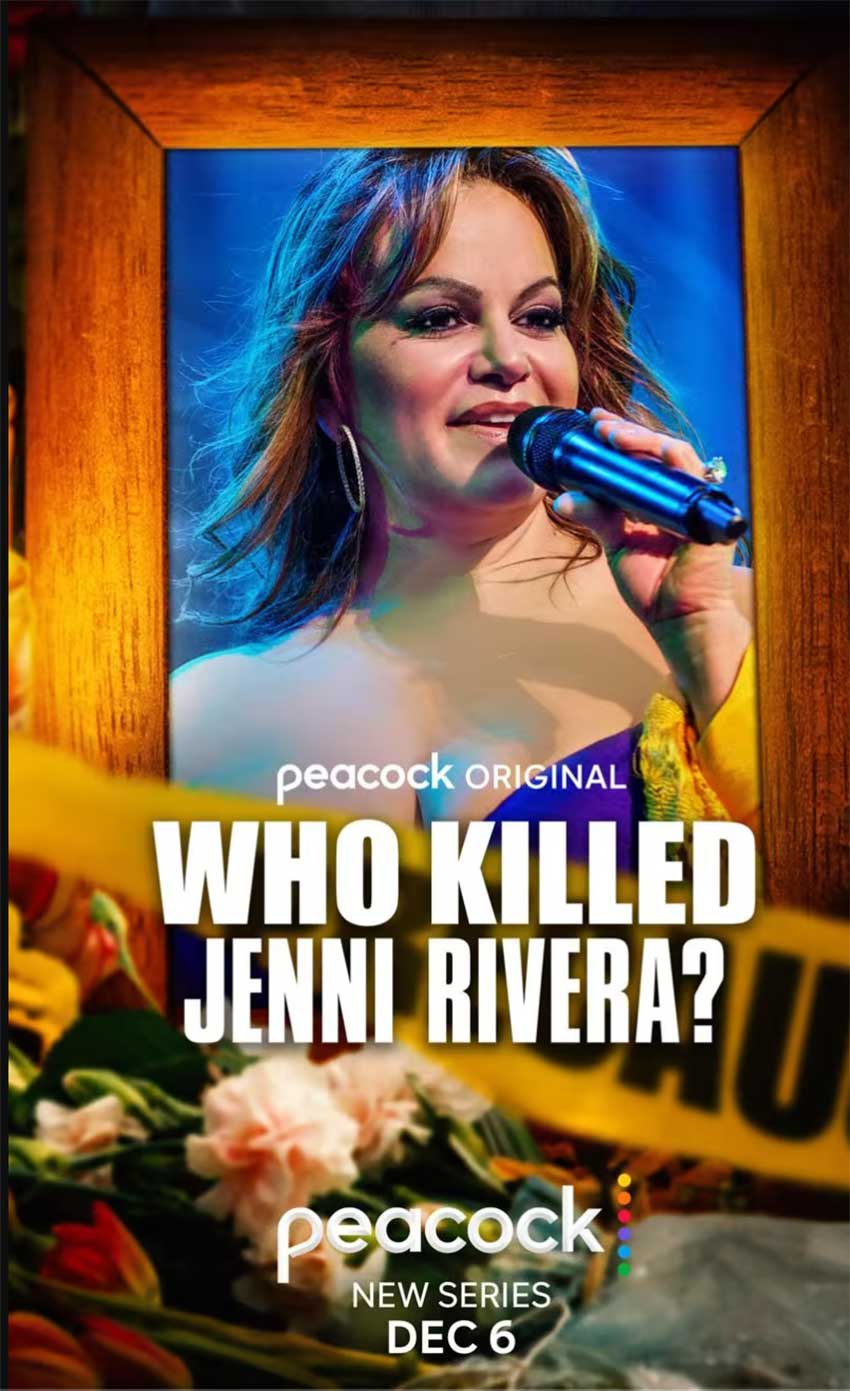