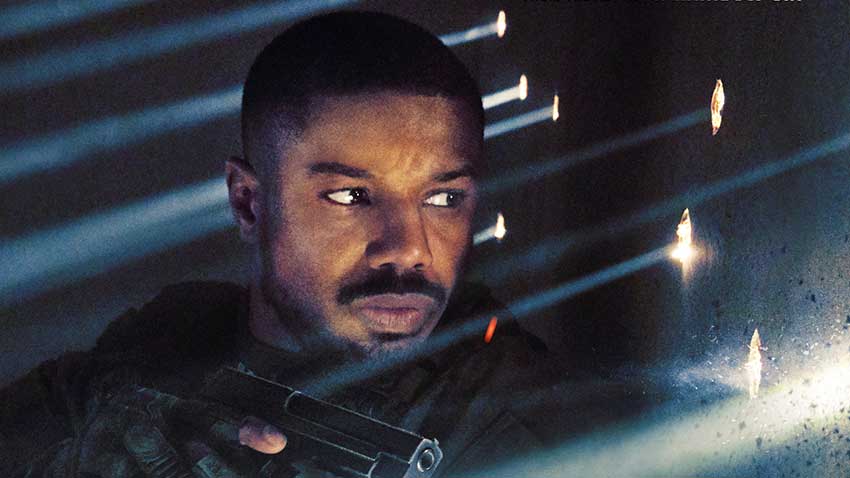 Michael B. Jordan stars in a high-octane thriller in Tom Clancy's WITHOUT REMORSE. The key art for the movie made its debut during the Super Bowl Sunday in an Alexa tv spot. Most like myself thought it was a fictional movie but the next day, Amazon Prime released the official movie poster for Jordan's first movie under his first-look deal with Amazon. Learn more about the upcoming movie.

WITHOUT REMORSE is an origin story for John Clark, Tom Clancy's second most popular character behind Jack Ryan. Jordan, however, plays a character named John Kelly based on that character who's an elite Navy SEAL seeking justice for his pregnant wife. Jamie Bell, Guy Pierce and Jodie Turner-Smith as a fellow SEAL star alongside Jordan.

Read more about Jordan's first-look deal between his Outlier Society and Amazon below. 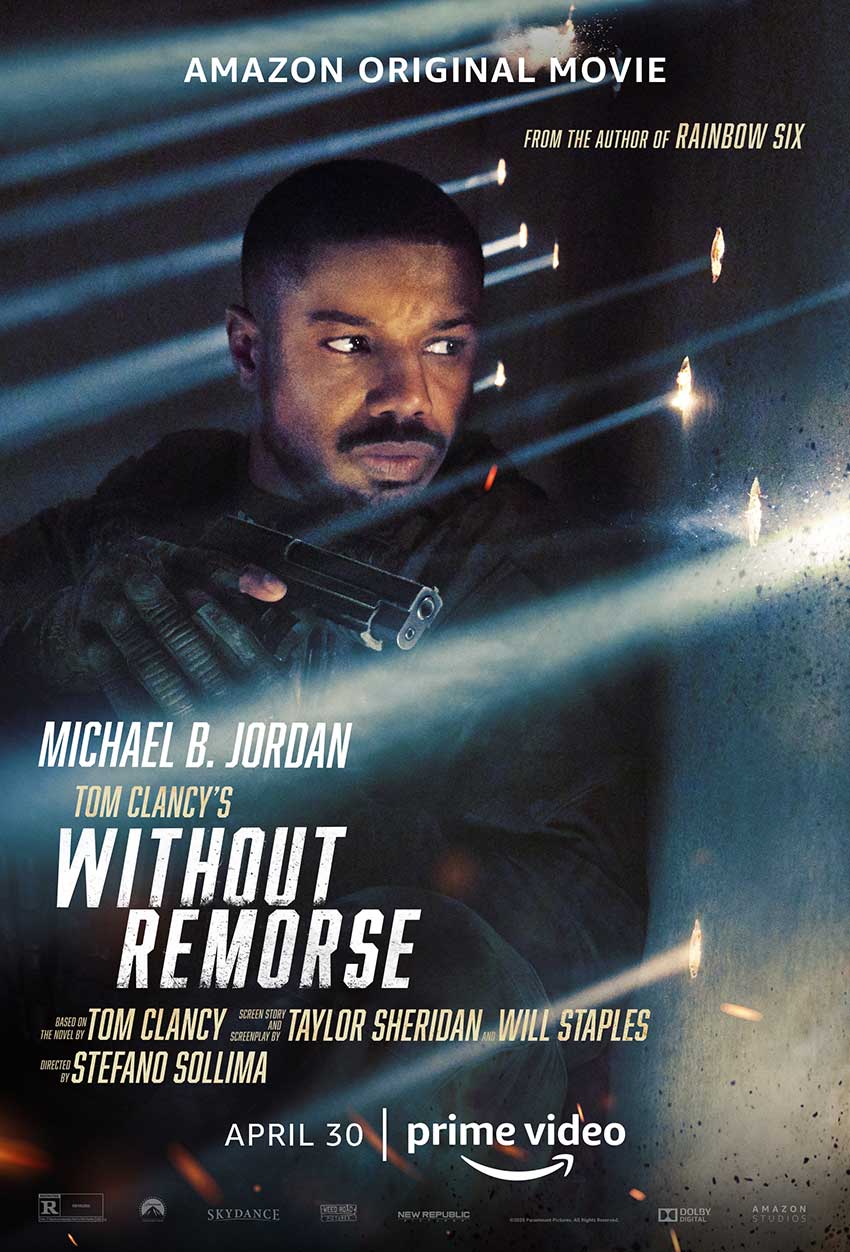 Culver City, CA – February 8, 2021 – Amazon Studios and Michael B. Jordan’s Outlier Society are expanding on the production banner’s existing deal to now feature an exclusive overall relationship in television and a first-look film deal. Under the film pact, Outlier Society will produce and acquire elevated films showcasing diverse, bold filmmakers and talent for the studio’s ever-growing original movies slate. This deal comes in the lead up to the release of Tom Clancy’s WITHOUT REMORSE, starring and produced by Michael B. Jordan, launching globally on April 30, 2021 on Prime Video in over 240 countries and territories.

This 360-degree creative relationship with Jordan and Outlier Society will see cross-collaborations within Amazon's vast businesses, from fashion, Audible to music and more – including the debut of Jordan in Amazon’s Alexa big game ad yesterday. The spot, which played into Jordan's title as People’s Sexiest Man Alive, where he was the body of Alexa, premiered during the 4th quarter of the game.

“We’re excited to deepen our relationship with Outlier Society! Michael, Liz and the team will be key partners in our efforts to showcase compelling, ambitious and addictive content that can reach our global audience. They share our passion for amplifying new and exciting voices with an emphasis on diversity both above and below the line,” said Jennifer Salke, Head of Amazon Studios. “We can’t wait for everyone to see WITHOUT REMORSE, our next chapter in the Tom Clancy universe – it’s an action-packed thrill ride fans will love.”

"Bringing Outlier Society's slate of film, television and multi-media content all under the same roof is an exciting next chapter for us," said Michael B. Jordan, Outlier Society CEO. "Amazon's global and expansive reach offers us the ability to entertain and engage our audience in innovative ways, while maintaining our commitment to supporting a wide range of stories and storytellers. I'm thrilled to be kicking off the partnership with WITHOUT REMORSE this Spring."

An elite Navy SEAL uncovers an international conspiracy while seeking justice for the murder of his pregnant wife in Tom Clancy’s WITHOUT REMORSE, the explosive origin story of action hero John Clark – one of the most popular characters in author Tom Clancy’s Jack Ryan universe. When a squad of Russian soldiers kills his family in retaliation for his role in a top-secret op, Sr. Chief John Kelly (Michael B. Jordan) pursues the assassins at all costs. Joining forces with a fellow SEAL (Jodie Turner-Smith) and a shadowy CIA agent (Jamie Bell), Kelly’s mission unwittingly exposes a covert plot that threatens to engulf the U.S. and Russia in an all-out war. Torn between personal honor and loyalty to his country, Kelly must fight his enemies WITHOUT REMORSE if he hopes to avert disaster and reveal the powerful figures behind the conspiracy. Tom Clancy’s WITHOUT REMORSE stars Michael B. Jordan, Jamie Bell, Jodie Turner-Smith, Lauren London, Brett Gelman, Jacob Scipio, Jack Kesy, Colman Domingo, and Guy Pearce.