The new Quantum Leap series is not a reboot but a follow-up to the Scott Bakula NBC series by the same name. A new trailer was released with the new lead,  Raymond Lee taking over Dr. Sam Beckett's (Bakula) job - traveling back in time to another person's body to help them. The first full preview has physicist Ben Song (Lee) traveling back to the 80s.

Thirty years since Dr. Sam Beckett's disappearance, a new team of researchers has restarted the project to better understand the machine and the man who vanished in it. The first preview reveals Dr. Song will time travel back to the 80s which is always a great decade to revisit when movies like GOONIES and ST. ELMO'S FIRE defines the era.

Although the synopsis states Dr. Beckett's disappearance in the original series finale will be addressed as part of the storyline, there is no mention of the predecessor in this first full trailer, but the mission remains the same.

Quantum Leap premieres Monday, September 19 at 10/9c on NBC and next day on Peacock. 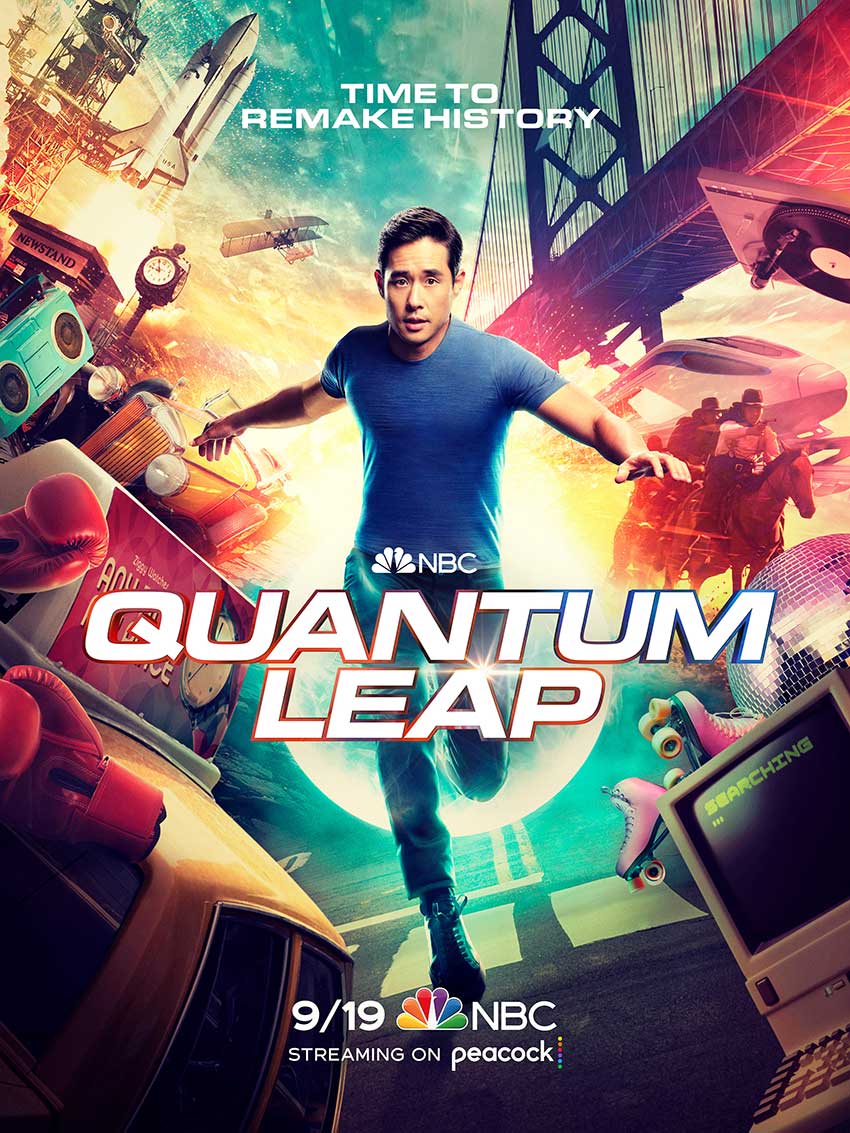 Synopsis: It’s been nearly 30 years since Dr. Sam Beckett stepped into the Quantum Leap accelerator and vanished. Now, a new team, led by physicist Ben Song (Raymond Lee), has been assembled to restart the project in hope of understanding the mysteries behind the machine and the man who created it.

Everything changes, however, when Ben makes an unauthorized leap into the past, leaving the team behind to solve the mystery of why he did it. At Ben’s side throughout his leaps is Addison (Caitlin Bassett), who appears in the form of a hologram only Ben can see and hear. She’s a decorated Army veteran who brings level-headed precision to her job.

At the helm of the highly confidential operation is Herbert “Magic” Williams (Ernie Hudson), a no-nonsense career military man who has to answer to his bosses who won’t be happy once they learn about the breach of protocol. The rest of the team at headquarters includes Ian Wright (Mason Alexander Park), who runs the Artificial Intelligence unit “Ziggy,” and Jenn Chou (Nanrisa Lee), who heads up digital security for the project.

As Ben leaps from life to life, putting right what once went wrong, it becomes clear that he and the team are on a thrilling journey. However, Addison, Magic, Ian and Jenn know that if they are going to solve the mystery of Ben’s leap and bring him home, they must act fast or lose him forever.