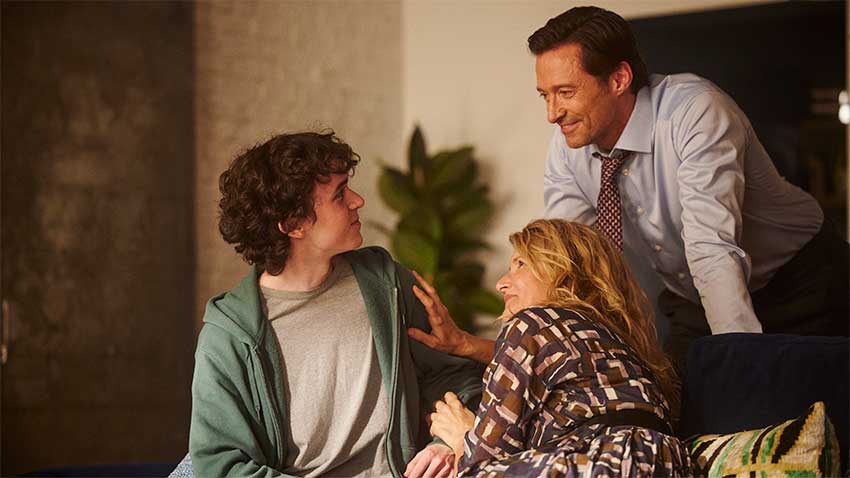 Director Florian Zeller follows up his critically-acclaimed THE FATHER with THE SON starring Hugh Jackman, Laura Dern, Vanesa Kirby Star and his THE FATHER star Anthony Hopkins for another family drama. If Zeller is making a trilogy, should we expect the next installment to be titled, "And the Holy Ghost?" Watch the trailer.

THE SON is the official selection for the upcoming Toronto International Film Festival and the Venice Film Festival currently taking place. The film will open in limited release in LA and NY on November 11.

The drama follows Hugh Jackman's Peter as he deals with his teenage son's (Zen McGrath) return into his life along with his ex-wife Kate (Dern) after having a new baby with a new partner. The troubled teen upends Peter's life, and must learn to be the father missing from his own life.

A drama that follows a family as it struggles to reunite after falling apart. THE SON centers on Peter (Jackman), whose hectic life with his infant and new partner Beth (Kirby) is upended when his ex-wife Kate (Dern) appears with their son Nicholas (McGrath), who is now a teenager. The young man has been missing from school for months and is troubled, distant, and angry. Peter strives to take care of Nicholas as he would have liked his own father to have taken care of him while juggling work, his and Beth's new son, and the offer of his dream position in Washington. However, by reaching for the past to correct its mistakes, he loses sight of how to hold onto the Nicholas in the present.