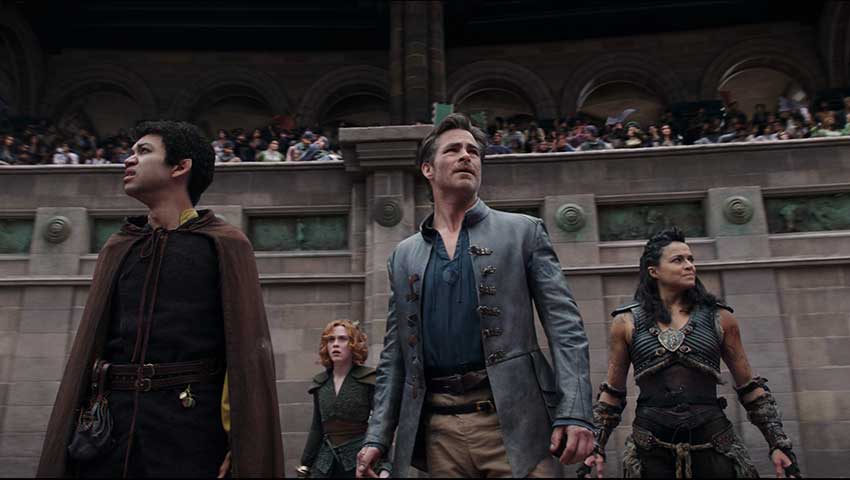 Comic-Con kicks off in San Diego and we get our first big trailer drop with Paramount's DUNGEONS & DRAGONS: HONOR AMONG THIEVES with Chris Pine leading a crew of misfits that includes Michelle Rodriguez, Regé-Jean Page (Bridgerton), Hugh Grant and IT's Sophia Lillis.

Based on the HASBRO’S DUNGEONS & DRAGONS, the trailer isn't particularly unique since it will remind viewers of Game of Thrones. The movie adaptation will be released in movie theaters on March 3, 2023. 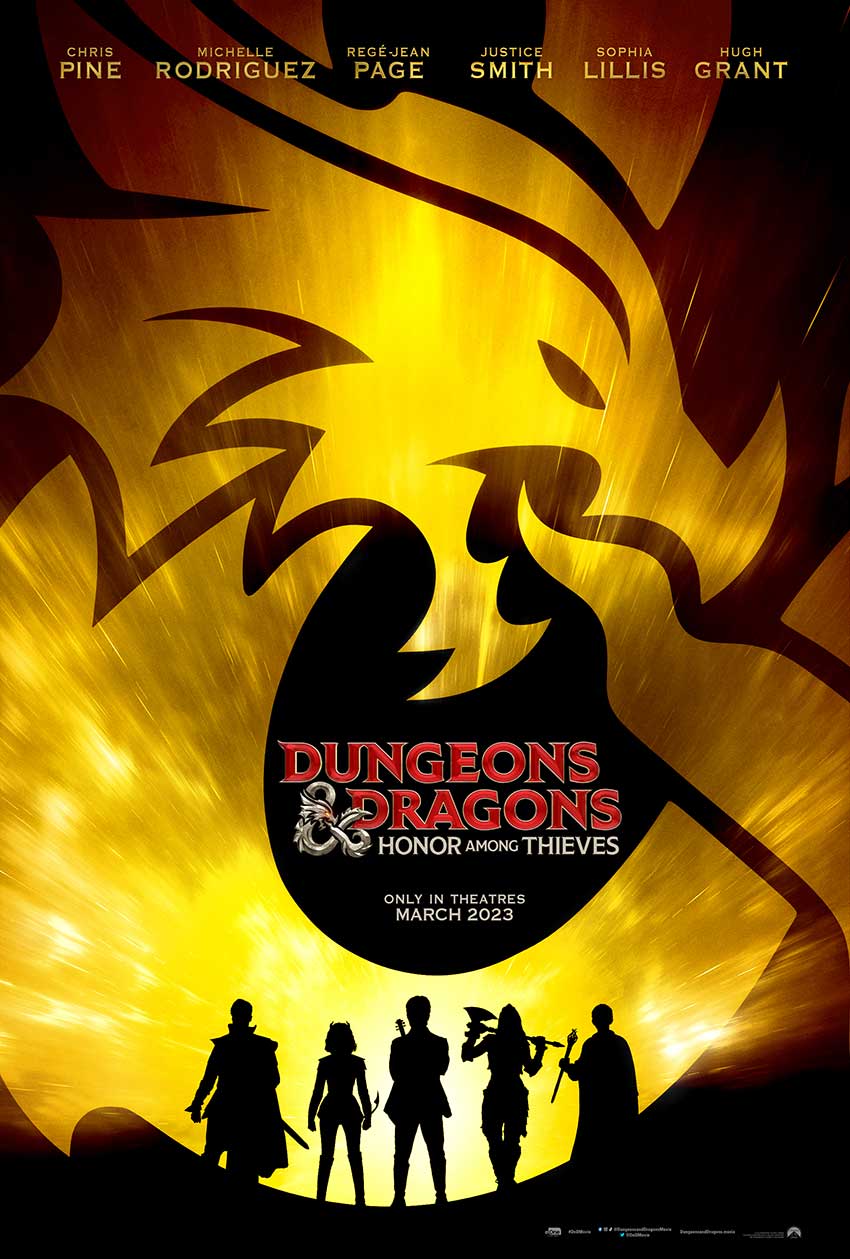 A charming thief and a band of unlikely adventurers undertake an epic heist to retrieve a lost relic, but things go dangerously awry when they run afoul of the wrong people. DUNGEONS & DRAGONS: HONOR AMONG THIEVES brings the rich world and playful spirit of the legendary roleplaying game to the big screen in a hilarious and action-packed adventure.