Val Kilmer has been documenting his life with home videos from his childhood and throughout his Hollywood career. The actor's videos have been compiled for a new Amazon Prime Video documentary that spans his Hollywood career, his fight with throat cancer, and addresses his reputation as a difficult actor.

Best known for his iconic roles in TOMBSTONE, HEAT, THE DOORS, and for donning the cape as Batman in BATMAN FOREVER, the actor's life is seen through thousands of hours of footage shot by Kilmer himself.

VAL will be released in movie theaters on July 23, and on Amazon Prime Video on August 6. 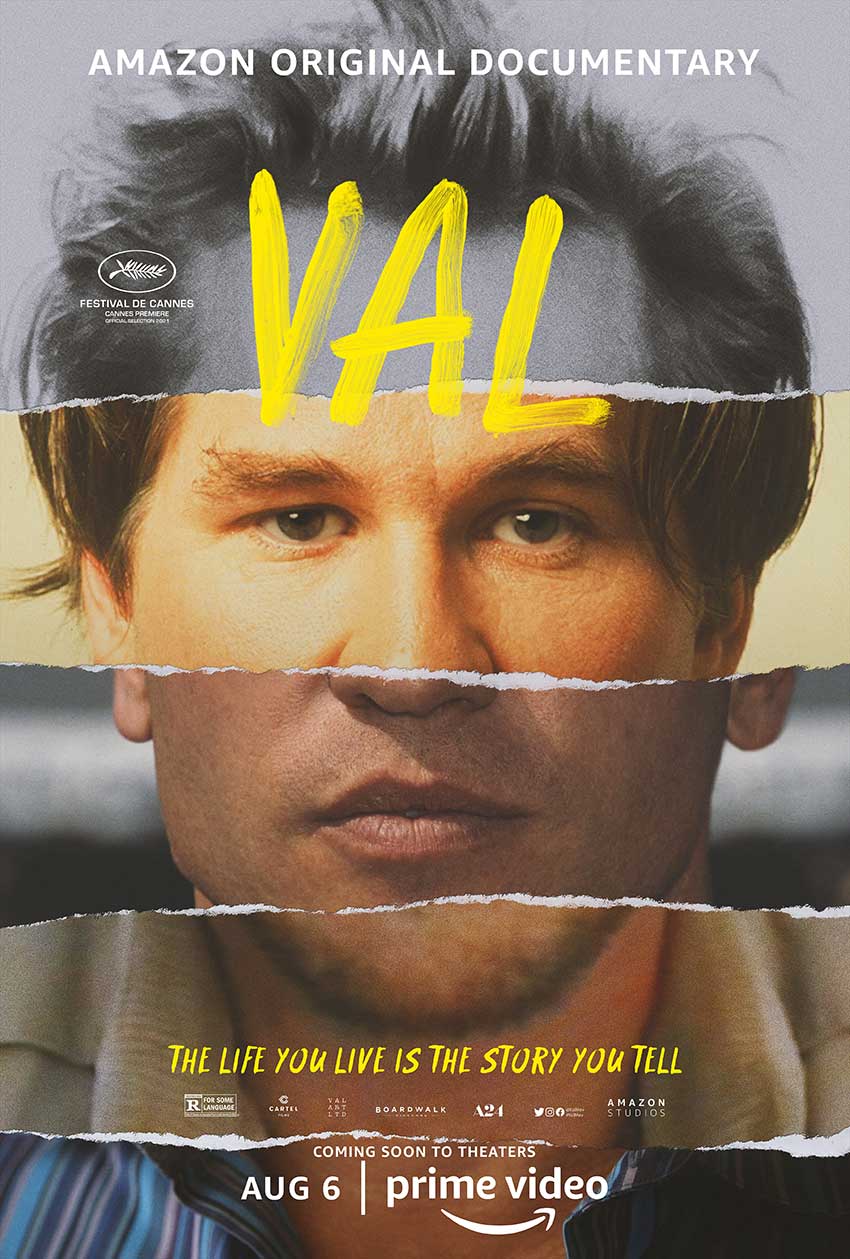 Official Synopsis and Information
For over 40 years Val Kilmer, one of Hollywood’s most mercurial and/or misunderstood actors has been documenting his own life and craft through film and video. He has amassed thousands of hours of footage, from 16mm home movies made with his brothers, to time spent in iconic roles for blockbuster movies like TOP GUN, THE DOORS, TOMBSTONE, AND BATMAN FOREVER. This raw, wildly original, and unflinching documentary reveals a life lived to extremes and a heart-filled, sometimes hilarious look at what it means to be an artist and a complex man.