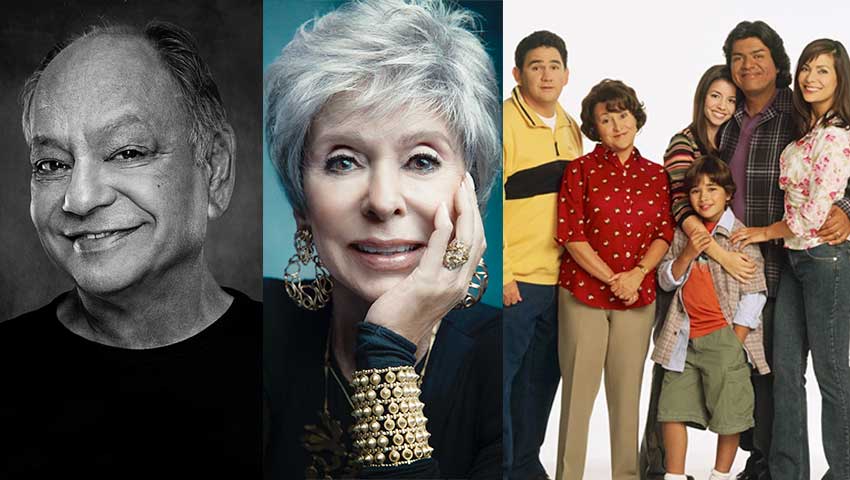 George Lopez returns to network television with a new sitcom, Lopez vs Lopez, and he's bringing on a few of his favorite people and friends. Rita Moreno will guest star as the ghost of George's grandma while Cheech Marin will play a curandero (healer) hired to rid the uninvited guest.

Moreno and Marin will appear in episode 108. George's former cast members from the ABC series will make cameo appearances 15 years since the show ended with Constance Marie, Belita Moreno, Valente Rodriguez, and Luis Garcia reuniting on set as extended family members from his ex-wife's side. The reunion will occur in the Christmas episode (106) when the extended family surprise Rosie (Selenis Leyva) for a traditional Christmas Eve dinner - la NocheBuena.

Lopez vs Lopez premieres on NBC November 4th, and the next day on Peacock.