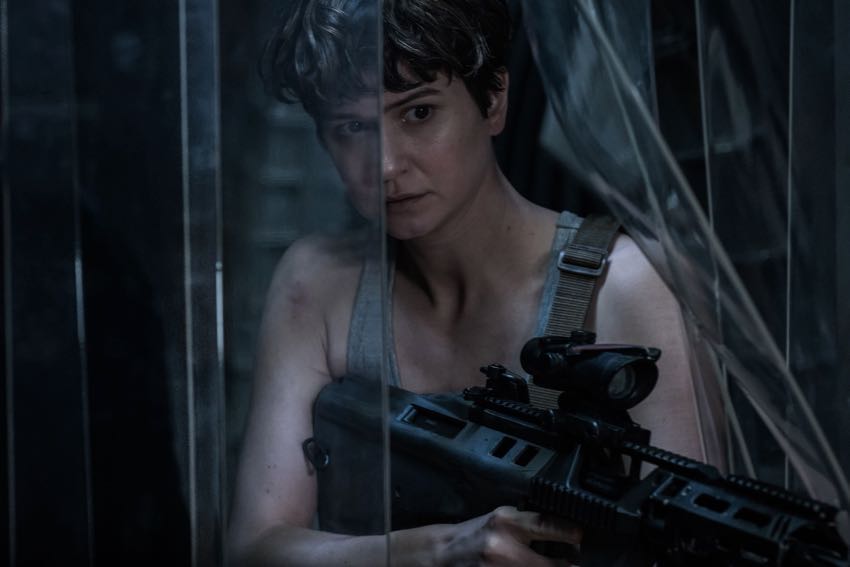 First look at ALIEN COVENANT has me giddy with anticipation for the Alien / Ridley Scott film ALIEN fans have been waiting for. With elements from ALIEN and ALIENS, the look and feel of the first preview is in line with previous films that PROMETHEUS lacked.

Ridley Scott's ALIEN COVENANT premiered Christmas Eve and it's the best gift of the holiday seaon. While Scott's previous effort with PROMETHEUS was a total bust, Scott may have redeemed himself with the follow-up. Everything from the look of the spaceship to the characters give us a taste of famiiarity to the ALIEN franchise.

Nothing it seems can rival the chest bursting scene from ALIEN, but this spinal burst in this new preview may now rival that horrifying but memorable moment in cinematic history. Another familiar element in the trailer is the magnificent design of the space craft. It has hints of HR Giger design in the architecture.

Other scenes also remind you of moments from the previous films that remind us how lethal and scary these aliens actually are.  This movie is defintiely becoming the must see movie of 2017 so let's hope the movie lives up to the first trailer.

Ridley Scott returns to the universe he created, with ALIEN: COVENANT, a new chapter in his groundbreaking ALIEN franchise.  The crew of the colony ship Covenant, bound for a remote planet on the far side of the galaxy, discovers what they think is an uncharted paradise, but is actually a dark, dangerous world.  When they uncover a threat beyond their imagination, they must attempt a harrowing escape.