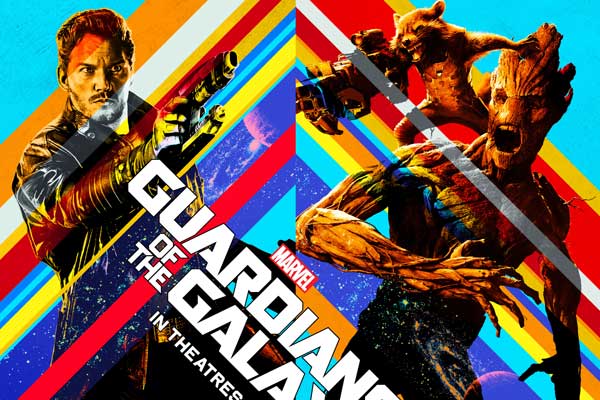 Marvel and IMAX are offering a FREE first look at GUARDIANS OF THE GALAXY with a 17-minute preview on July 7th at select IMAX 3D theaters.  Read on to find out how to get tickets and get your hands on the exclusive IMAX movie poster which you can see here.

One hundred and fifty IMAX 3D® theatres will screen the 17-minute re-mastered footage for the IMAX 3D format in North America. To get free tickets to the special screening of the Marvel action-adventure, go to the movie's Facebook page at www.facebook.com/guardiansofthegalaxy.  Hurry up because they are on a first-come, first saved basis. The lucky fans will also receive a limited-edition collectible Marvel’s  GUARDIANS OF THE GALAXY IMAX movie poster. 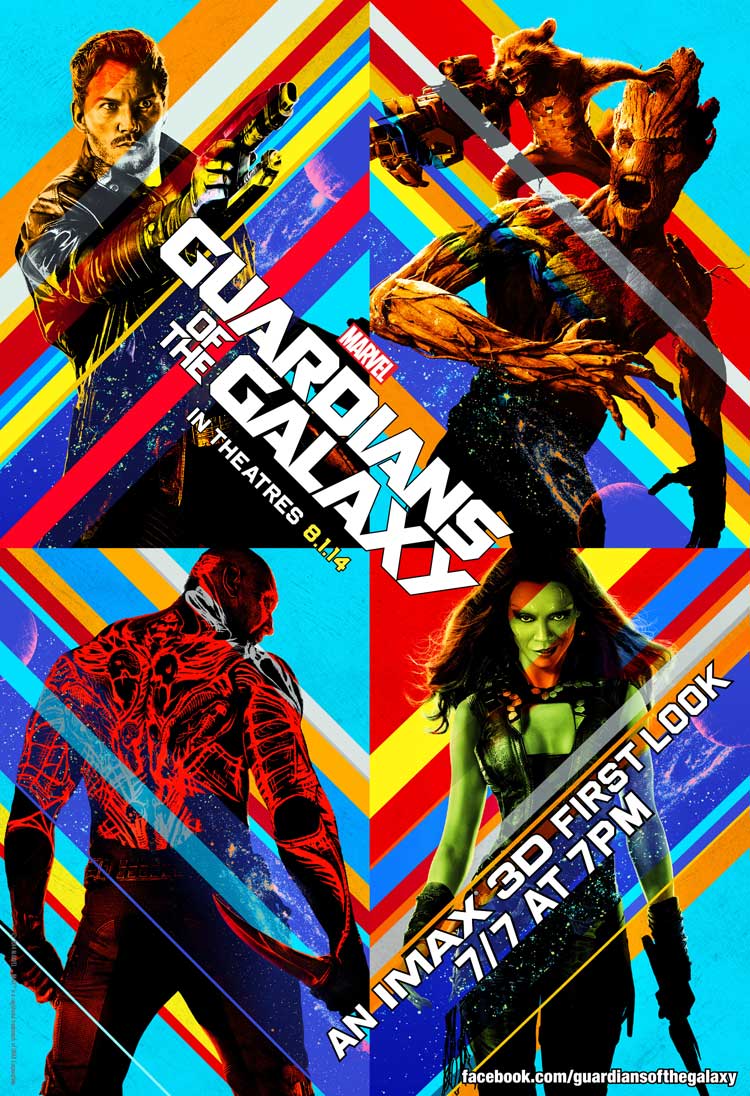 For more information on the special event, read the official press release below.

Burbank, Calif. (June 27, 2014) –Marvel Studios announces Marvel’s “Guardians of the Galaxy”: An IMAX® 3D First Look, featuring 17 minutes of exclusive footage from the highly anticipated summer blockbuster “Guardians of the Galaxy.” The sneak peek will be showcased in 150 IMAX® theatre locations across North America on July 7 at 7 p.m.

Commenting on the exclusive footage, director James Gunn says, “We’ve re-mastered some of our epic sequences into the IMAX 3D format, taking the scope and scale to new heights while creating a truly immersive, cinematic experience that will take you further into the Marvel Universe than ever before.”

“IMAX and Marvel fans are some of the most die-hard in the world and we’re excited to offer them this exclusive extended first-look at one of the summer’s hottest upcoming movies in IMAX 3D,” said Greg Foster, Senior Executive Vice President, IMAX Corp. and CEO of IMAX Entertainment. “James Gunn’s visionaryfilm in IMAX 3D is going to give our audiences an immersive experience they won’t find anywhere else, and we’re thrilled to get the ball rolling and reward fans early at this unique event.”

Tickets to the July 7 Marvel’s “Guardians of the Galaxy”:  An IMAX 3D First Look are free and are available now for U.S. and Canadian screenings on a first-come, first-served basis through www.facebook.com/guardiansofthegalaxy.

Fans who attend this sneak peek will also receive a limited-edition collectible Marvel’s “Guardians of the Galaxy” IMAX poster.

An action-packed, epic space adventure, Marvel's “Guardians of the Galaxy” expands the Marvel Cinematic Universe into the cosmos, where brash adventurer Peter Quill finds himself the object of an unrelenting bounty hunt after stealing a mysterious orb coveted by Ronan, a powerful villain with ambitions that threaten the entire universe. To evade the ever-persistent Ronan, Quill is forced into an uneasy truce with a quartet of disparate misfits—Rocket, a gun-toting raccoon, Groot, a tree-like humanoid, the deadly and enigmatic Gamora and the revenge-driven Drax the Destroyer. But when Quill discovers the true power of the orb and the menace it poses to the cosmos, he must do his best to rally his ragtag rivals for a last, desperate stand—with the galaxy's fate in the balance.