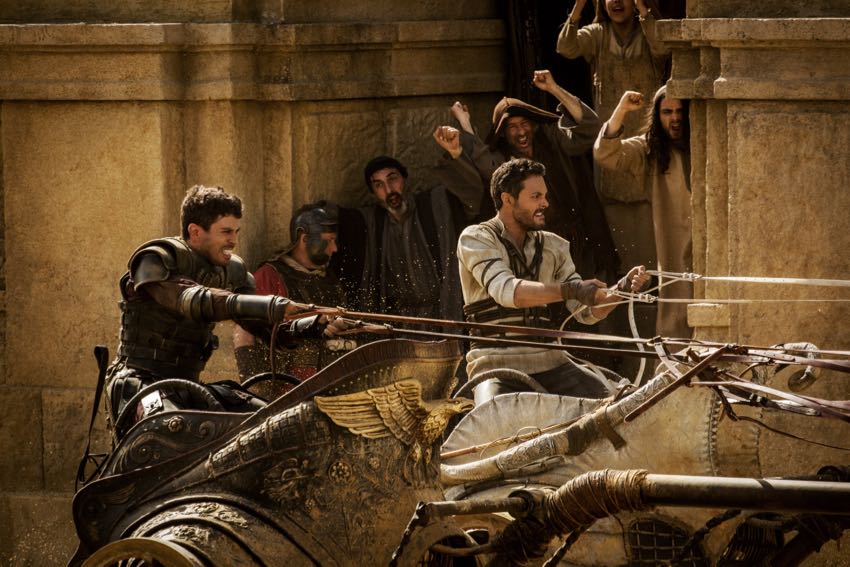 Paramount Pictures’ and Metro-Goldwyn-Mayer Pictures’ breathtaking action-adventure BEN-HUR will be available two weeks earlier on Digital HD November 29. However, the Blu-ray is where it’s at. The BEN-HUR Blu-ray Combo Pack with Digital HD features over an hour of bonus content including an in-depth look at the creation of the film’s spectacular chariot race, an exploration of the story’s legacy and enduring relevance, behind-the-scenes interviews with the cast, deleted and extended scenes, music videos from Andra Day, For King and Country and Mary Mary, and more. In addition, for a limited time, the Blu-ray Combo Pack will include a $10 movie card that can be applied to the purchase of a ticket for any movie in theaters. 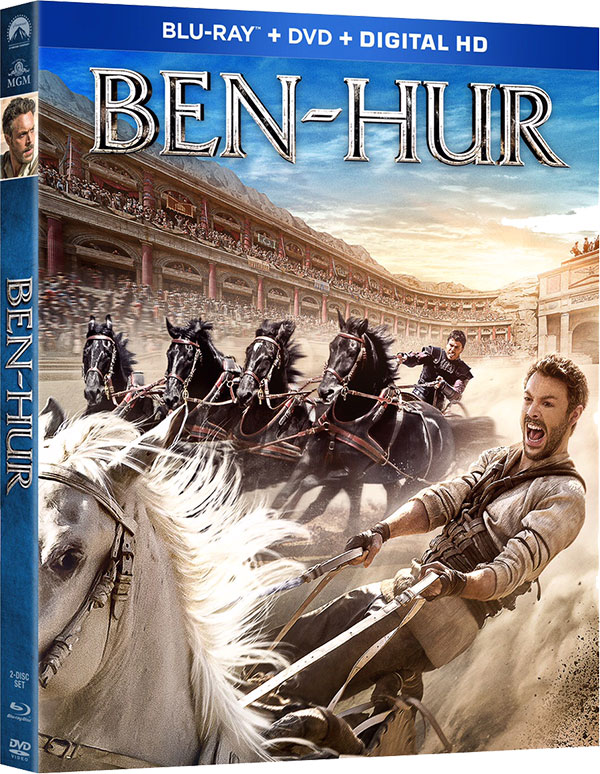 BEN-HUR is the epic story of Judah Ben-Hur (Jack Huston), a prince falsely accused of treason by his adopted brother Messala (Toby Kebbell), an officer in the Roman army. Stripped of his title, separated from his family and the woman he loves (Nazanin Boniadi), Judah is forced into slavery. After years at sea, Judah returns to his homeland to seek revenge, but finds redemption. Based on Lew Wallace’s timeless novel Ben-Hur: A Tale of the Christ, the film also stars Rodrigo Santoro, Ayelet Zurer, Pilou Asbaek, Sofia Black D’Elia and Academy Award® winner* Morgan Freeman.

The Blu-ray combo pack includes access to a Digital HD copy of the film as well as the following: