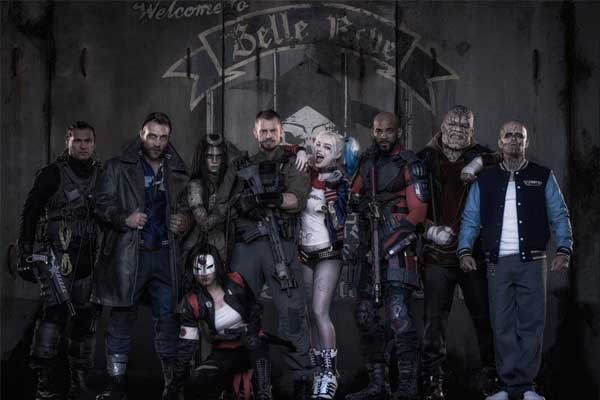 David Ayer has finally released the first look at the rest of the SUICIDE SQUAD, and the assembly of villains is scary. There's no dancing tree in this R-rated team. Take a look at Task Force X with Captain Boomerang, Enchantress, Katana, Rick Flagg, Harley Quinn, Deadshot, Killer Croc and El Diablo. An hour later, Ayer released Will Smith's Deadshot in full costume with his helmet.

For the last two weeks, the focus has been on Jared Leto's The Joker so it's about time we see the rest of the cast.  SUICID SQUAD is currently shooting in Toronto, Canada until September. The David Ayer film opens August 6, 2016.