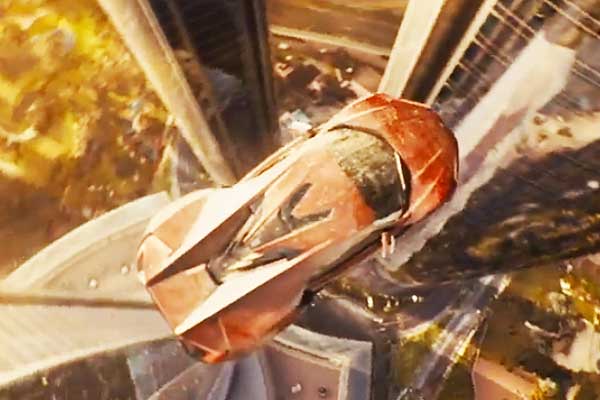 We've seen all sorts of car stunts in the Fast and Furious movies, but the seventh film in the series is upping up the ante with skydiving cars and driving through skyscrapers. FURIOUS 7 looks like it's going to be one hell of a ride. Watch the trailer with all of our favorite Fast & Furious crew and the late Paul Walker.

Jason Statham is the furious one as he seeks revenge from Vin Diesel, Dwayne Johnson, Michelle Rodriguez, Paul Walker, Tyrese Gibson and Jordana Brewster for the death of his brother (Luke Evans) in the last film. Kurt Russell, Ronda Rousey and Djimon Hounsou join the cast. Check out the awesome girl fight in the trailer with MMA fighter Rousey.