'Guardians of the Galaxy' New Movie Poster and Images 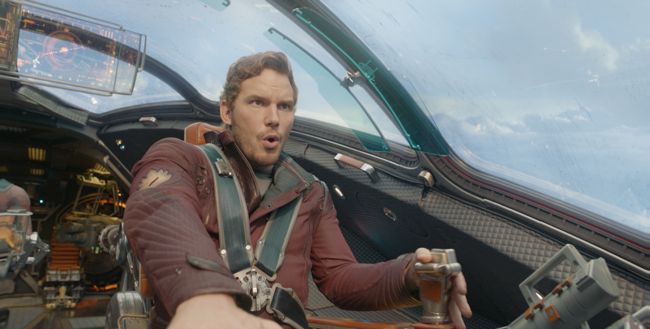 Forget the Avengers. By the looks of the new trailer, images, and character pods, GUARDIANS OF THE GALAXY is an assembly of Marvel characters that CineMovie can't wait to see. Take a look at the new images from the film.

Chris Pratt stars as a Han Solo-type of the bunch with Zoe Saldana as Gamora, David Bautista as Drax, and Vin Diesel voicing Groot while Bradley Cooper's voice is unrecognizable as Rocket Raccoon. Benicio del Toro is another familiar face in bleached hair for the role of The Collector who we got a taste of at the end of Thor: The Dark World.

In GUARDIANS OF THE GALAXY, Peter Quill (Pratt) is a misfit who has to team up with an unruly bunch to save the entire universe. After stealing a mysterious orb wanted by Ronan, a deadly villain with evil plans, the rag tag bunch must must put aside their differences for the sake of the universe.  CineMovie, for one, is ready to take this fight into the cosmos and forego the usual destruction of popular cities like New York or LA.

The wait for GUARDIANS OF THE GALAXY seems too long. The Marvel film opens August 1, 2014.