Jack Black Is Bernie The Murderer in New Movie Poster 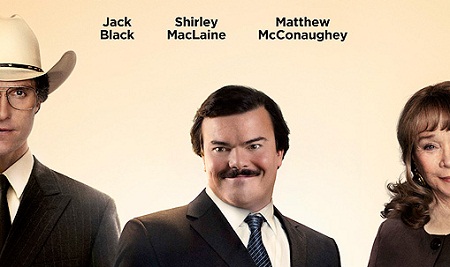 Now that doesn't look like the face of a conniving murderer! We got a first glimpse of Jack Black as Bernie Tiede in the new movie poster for BERNIE which was unveiled on Entertainment Weekly Thursday.

Based on a true story out of Texas, Bernie Tiede a popular resident of the town of Carthage was accused of murdering an 81-year-old woman for her fortune in 1997.  Black reunites with his School of Rock director Richard Linklater for the black comedy based on these true events. 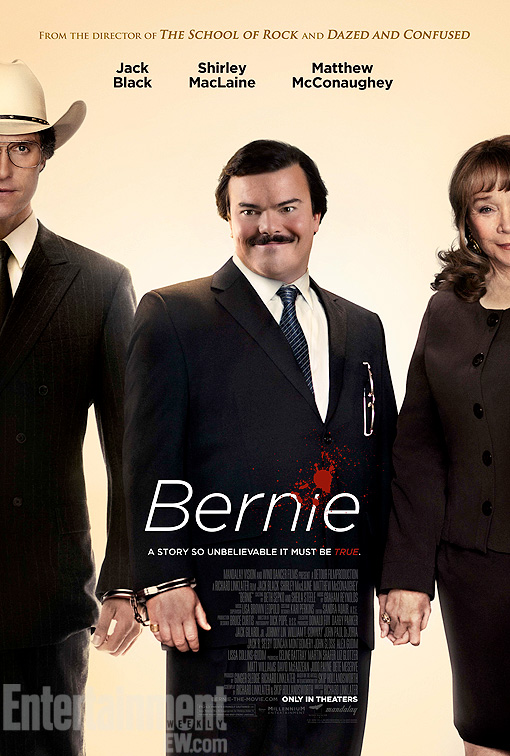 As seen on the poster, Black's mischevious look peers out through the comb over and mustache.  It's hard to imagine that face committing the heinous crime but that's the reaction apparently from residents of the town of Carthage when the news broke of their likeable resident's actions.

In BERNIE, Jack Black will be romancing Shirley Maclaine who plays the elder widow while Matthew McConaughey suits up again as a lawyer playing the District Attorney who prosecuted the case.

BERNIE will be premiering in March at the SXWS Film Festival in AUstin. BERNIE hits movie theatres April 27, 2012.