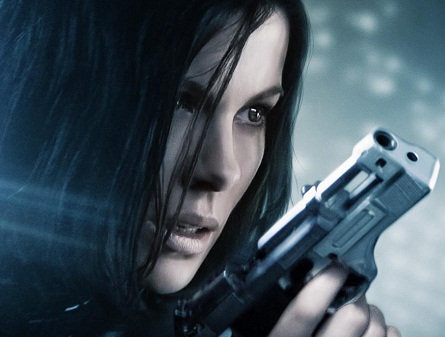 Look out for our video interviews this week and next but we can reveal a bit about our conversation with the lovely Kate Beckinsale who hasn't aged a bit since we first saw Selene in the original film in 2003.  In our one-on-one, Kate discussed who she admires as an action heroine, fitting into the latex suit for a third time, and why Selene is a lot more brutal the third time around.

Check back for the video interview.

In UNDERWORLD AWAKENING, presented in 3D, Selene wakes up from a hibernation in a world where humans have discovered the existence of both Vampire and Lycan clans, and are conducting an all-out war to eradicate both immortal species.  Watch trailer