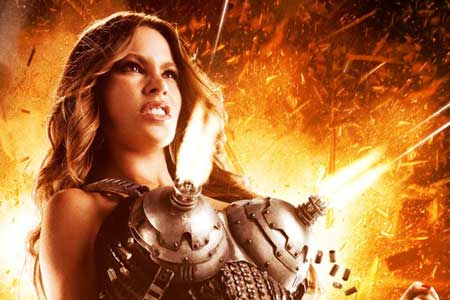 We’re getting a first look at Sofia Vergara in MACHETE KILLS as Lady Desdemona on the character movie poster. This female fatale mows down her enemy’s with a strap-on bra/machine gun -- only in a Robert Rodriguez film.

Danny Trejo returns as the ex-Federale agent in MACHETE KILLS. This time he’s working with the President of the United States to bring down a madman revolutionary and an eccentric billionair arms dealer.  Can’t wait to see what side Sofia Vergara plays for.

Will this top Rose McGowan’s prosthetic machine gun leg in Rodriguez’s Planet Terror?  The last movie to turn bras into lethal weapons was in Austin Power : International Man of Mystery with the Fembots. 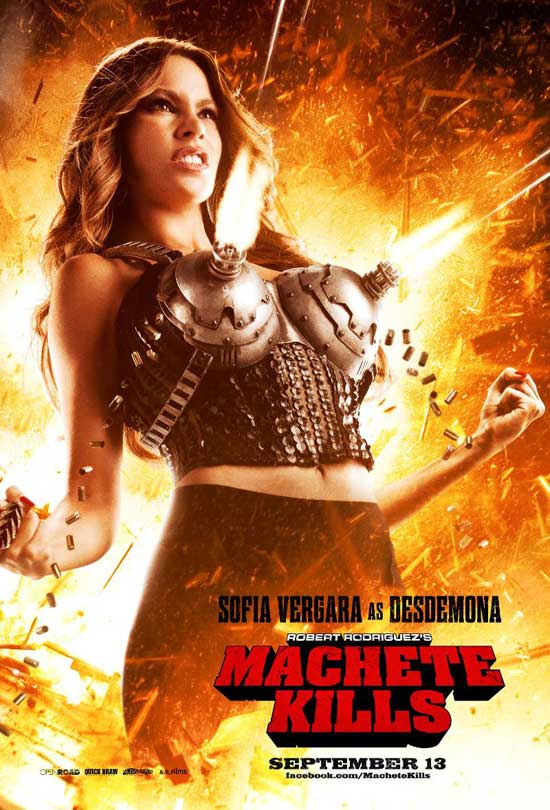