We were just a bit worried Superman may not be using that famous red cape for flying, but the latest art from MAN OF STEEL shows Supeman in flight.

Superman takes to the skies flight in the new movie poster and final version of the one-sheet. We don’t see much flying action in the trailer and previous art from the movie, but this image assures us we’ll be getting some good-old fashioned leaps from tall buildings in a single bound action.

Henry Cavill takes over the role of the man of steel from planet Krypton. A slew of A-list names accompany the reboot with names such as Kevin Costner, Russell Crowe, Diane Lane, Amy Adams, Laurence Fishburne, Christopher Meloni, and Michael Shannon as General Zod.    The filmmakers behind it are also of big caliber with 300 and The Watchmen’s Zack Snyder taking the helm, and Christopher Nolan producing and contributing to the story with Blade and The Dark Knight screenwriter David S. Goyer. 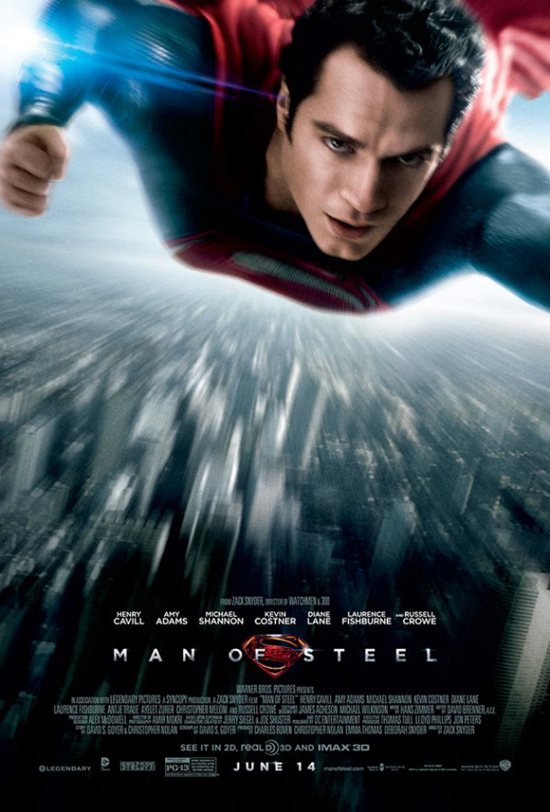