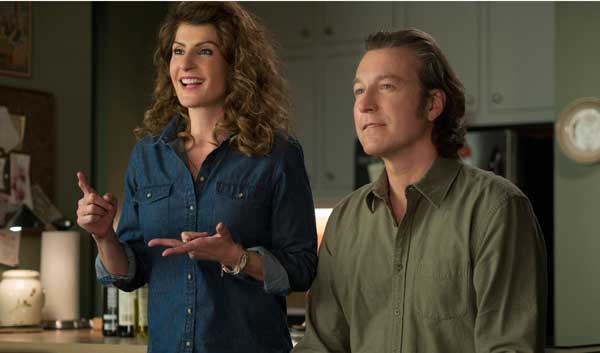 Nia Vardalos and John Corbett return for more Greek family dramedy with MY BIG FAT GREEK WEDDING 2. Just when you thought a sequel was unnecessary, the trailer puts new life into the Portokalos family adventure. Watch the preview to the new comedy from producer Tom Hanks.

Gold Circle Entertainment and HBO present a Playtone production of MY BIG FAT GREEK WEDDING 2, the long-awaited follow-up to the highest-grossing romantic comedy of all time.  Written by Academy Award® nominee Nia Vardalos, who stars alongside the entire returning cast of favorites, the film reveals a Portokalos family secret that will bring the beloved characters back together for an even bigger and Greeker wedding.