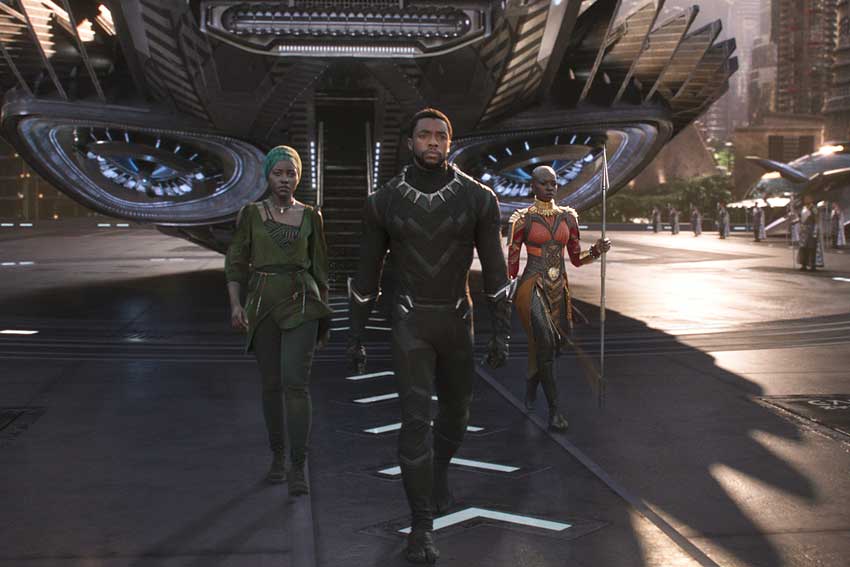 The new BLACK PANTHER trailer just shot up 10 fold on the cool scale for Marvel's next franchise. In the new preview, we see the action will go outside of Wakanda for a fight between T'Challa (Chadwick Boseman) and the other Panther in the movie, Erik Killmonger (Michael B. Jordan). Killmonger is vying for the throne with the help from Klaw (Andy Serkis). What else does the new trailer reveals.

The new preview reveals T'Challa's love interest as Lupita Nyongo's character Nakia. At the start of the trailer, both are holding hands as the space ship lands in Wakanda. Another woman in his life is Letitia Wright's Shuri who appears to be the Q of this world who upgrades his suits and toys.

The music track is very fitting with a futuristic-sounding techno sound with hip hop influences. The track, "BagBak" is by Vince Staples but they added lyrics from a 1971 song by Gil Scott_heron titled "The Revolution Will Not Be Televised."

Marvel Studios’ “Black Panther” follows T’Challa who, after the death of his father, the King of Wakanda, returns home to the isolated, technologically advanced African nation to succeed to the throne and take his rightful place as king. But when a powerful old enemy reappears, T’Challa’s mettle as king—and Black Panther—is tested when he is drawn into a formidable conflict that puts the fate of Wakanda and the entire world at risk. Faced with treachery and danger, the young king must rally his allies and release the full power of Black Panther to defeat his foes and secure the safety of his people and their way of life. 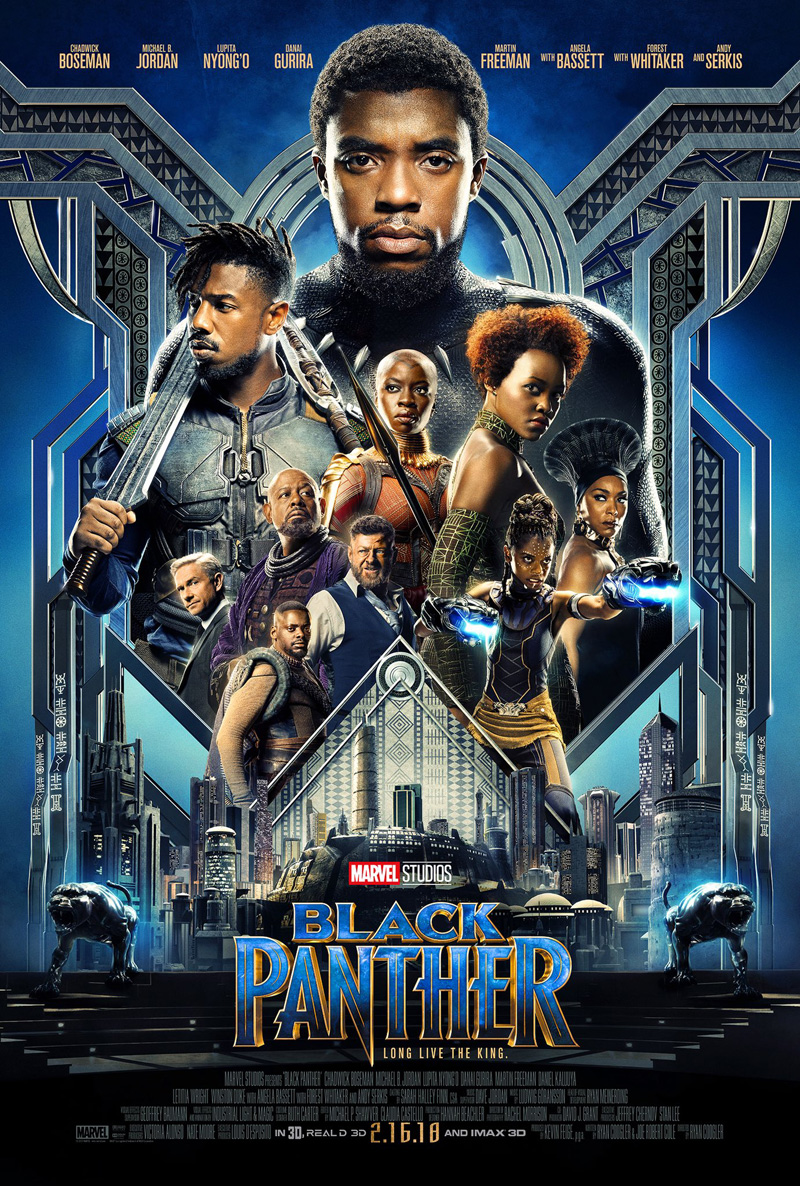