New 'How To Be A Latin Lover' Trailer with Eugenio Derbez, Kristen Bell, Salma Hayek 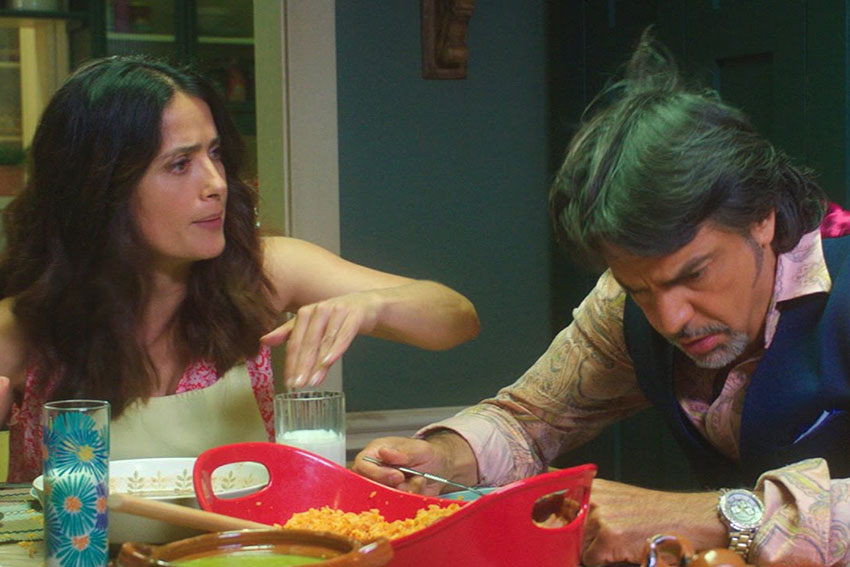 Eugenio Derbez stars as a former gigolo who has lost his sugar mama in HOW TO BE A LATIN LOVER. Watch the new funny trailer starring Derbez, Salma Hayek as his sister and his son Vadhir Derbez playing his younger counterpart. Rob Lowe, and Kristen Bell also make an appearance in the new trailer.

EUGENIO DERBEZ is the star of what could be his funniest movie yet! In this laugh out loud comedy, OR In this riches to rags story, Eugenio plays a very handsome and very young Maximo who has a dream to be rich without ever having to work a day in his life. Having made a career of seducing rich older women, he marries a wealthy woman more than twice his age. 25 years later, spoiled and bored from waking up next to his now 80-year-old wife-he gets the surprise of his life when she ends up dumping him for a younger car salesman. Forced out of his mansion and desperate for a place to stay, he must move in with his estranged sister, Sara, (SALMA HAYEK) and her nerdy but adorable son, Hugo in their small apartment. Anxious to return to the lap of luxury, Maximo uses his nephew's crush on a classmate to get to his new target-her grandmother, Celeste, a widowed billionaire. As Maximo tries to rekindle his powers as a Latin lover, he finds himself bonding with his nephew Hugo, and he begins to learn that being a Latin lover means that loving money isn't as important as the love of your family.