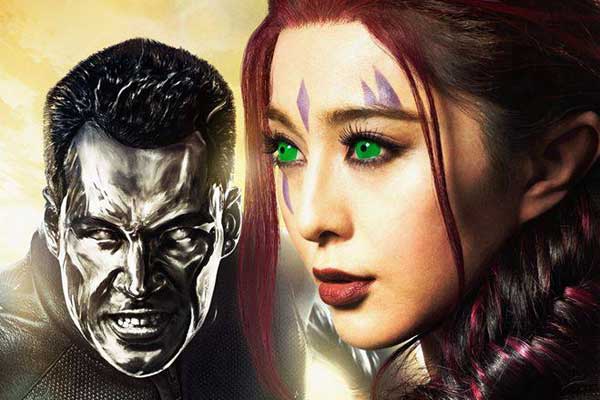 The new clip from X-MEN: DAYS OF FUTURE PAST reveals new mutants fighting the Sentinels from the new Bryan Singer film. The brand new scene premiered during the MTV Movie Awards Sunday night and it's got loads of action and new powerful X-Men joining the futuristic fight. Watch the clip.

It's not like we're tired of seeing Hugh Jackman, Michael Fassbender, James McAvoy, Halle Berry, Patrick Stewart, Ian McKellan and new and old X-Men team up for another movie about mutants but it's nice to see new X-Men and their special powers. In the new clip that premiered during the MTV Movie Awards, we also see Shawn Ashmore (The Following) as Iceman and Ellen Page return as part of the old X-Men group. New to the bunch are Quicksilver, Blink, Havok, War Path played by Twilight's Booboo Stewart and and Sunspot.

Take a look at the action scenes which has the mutants combining powers to beat the Sentinels.