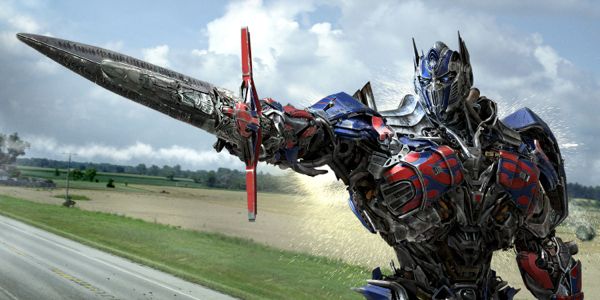 Optimus Prime is evil in the new trailer for TRANSFORMERS: THE LAST KNIGHT, and our favorite Autobot may be killing another beloved Autobot in this first look trailer. Optimus Prime's dark side is about the only obvious reveal in this rather confusing first preview narrated by Anthony Hopkins.

TRANSFORMERS plot lines have been rather simple. Autobots and humans save the day from mass destruction. However, the new preview for the latest installment of Michael Bay's introduces historical events that somehow tie to modern day, but it's not clear how. Anthony Hopkins joins the cast, and his character sums up the setting for the movie in a cryptic way. What we do know is that in the Transformers franchise, a dark twin named Scourge is reborn as Optimus Prime (I looked that up) which may mean there's still hope OP can overcome his evil twin in the movie.

As usual there is robot on robot action, mass destruction and lots of running. The DinoBots return to THE LAST KNIGHT, but it's not clear which side they are on. Familiar faces Mark Wahlberg and Josh Duhamel return to the franchise along with a new cast that doesn't seem to include a pouty-mouthed babe. Thank goodness.