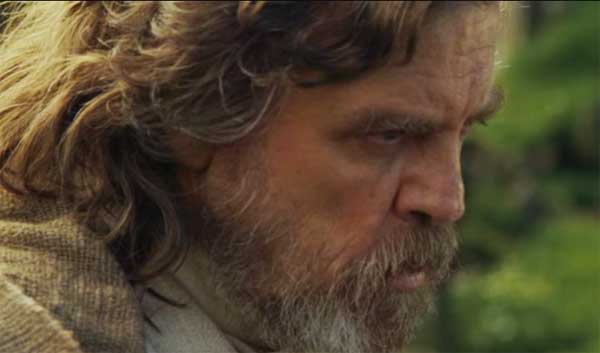 The reboot of STAR WARS with THE FORCE AWAKENS was shrouded in secrecy, but commencement of STAR WARS: EPISODE VIII principal photography began with a bang. Disney released a video announcement, news of the new cast members, and the returning talent and director Rian Johnson were allowed to tweet about their first day at work. Here's the round down of the STAR WARS news.

Cameras began rolling on February 15 for STAR WARS: EPISODE VIII at Pinewood Studios in London for the next chapter in the continuing Star Wars saga. Returning are Mark Hamill, Carrie Fisher, Adam Driver, Daisy Ridley, John Boyega, Oscar Isaac, Lupita Nyong’o, Domhnall Gleeson, Anthony Daniels, Gwendoline Christie, and Andy Serkis. Benicio del Toro who was long rumored to be joining the saga as a villain was confirmed Monday although it's not clear in what role. Laura Dern was also announced as joining the film along with young actress Kelly Marie Tran.

Rey took her first steps into a larger world in Star Wars: The Force Awakens and will continue her epic journey with Finn, Poe, and Luke Skywalker in the next chapter of the continuing Star Wars saga, Star Wars: Episode VIII, which began principal photography at Pinewood Studios in London on February 15, 2016.

Day one in the can!
Meaning we finished, not that we filmed it in a toilet. Though I'm not saying we didn't. Ok I should stop typing now.