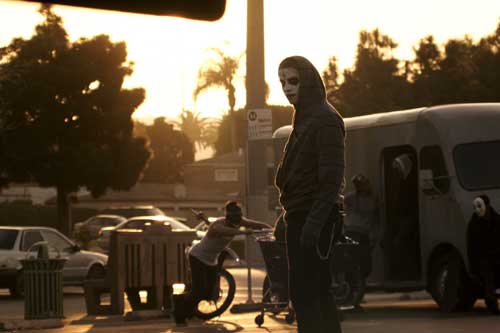 It looks like the Purge will be an annual thing at the movies. The new teaser trailer and movie poster for the sequel has been released and it promises more sanctioned mayhem in THE PURGE: ANARCHY.

The 2013 sleeper hit starred Ethan Hawke and Lena Headey (Game of Thrones), but none of the original actors return for the THE PURGE: ANARCHY except those freaky masks. In the follow-up, a young couple don't have the comforts of home to protect them when their car breaks down before the annual right to Purge.