The DARK SHADOWS trailer has finally arrived. Tim Burton and Johnny Depp's eighth collaboration looks like another fun romp at the movies. 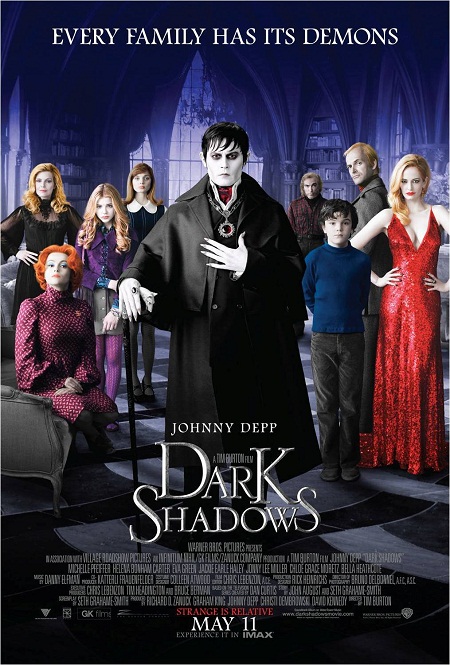 
The DARK SHADOWS trailer is a bit reminiscent of Burton's Beettlejuice with its vibrant colors, the wacky family dynamic, and the witty-dialogue that's sure to make this one a must see for any Burton/Depp fans. No need to describe the plot of the movie as the trailer preview lays out the easy premise and tone of the movie.

DARK SHADOWS is in theaters and IMAX on May 11.

More about DARK SHADOWS:
In the year 1752, Joshua and Naomi Collins, with young son Barnabas, set sail from Liverpool, England to start a new life in America. But even an ocean was not enough to escape the mysterious curse that has plagued their family. Two decades pass and Barnabas (Johnny Depp) has the world at his feet—or at least the town of Collinsport, Maine. The master of Collinwood Manor, Barnabas is rich, powerful and an inveterate playboy...until he makes the grave mistake of breaking the heart of Angelique Bouchard (Eva Green). A witch, in every sense of the word, Angelique dooms him to a fate worse than death: turning him into a vampire, and then burying him alive.