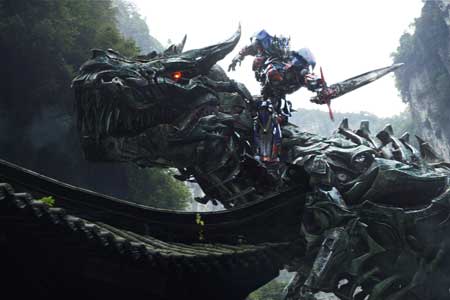 The only thing that made Super Bowl XLVIII exciting was the commercials and movie spots. In addition to the movie spots for films such as the Captain America sequel, Transformers 4 and The Amazing Spider-man, the movie studios released new trailers to three of the highly-anticipated action films in 2014 including a first look at the Dino-Bots in a reboot of the Transformers movie. Watch the spots and trailers.

The movie studios took advantage of the major testosterone going on Sunday at the Super Bowl to parade some of the upcoming action films during the commercial breaks. In addition to the superhero genre movies, films like Noah, Need for Speed and two Kevin Costner films, 3 Days to Kill and Draft got their own :30 second spots during the stampede of the Denver Broncos by the Seattle Seahawks.  The Muppets Most Wanted also scored a touchdown with help from Toyota and Terry Crews in promoting one of their cars, plus Disney duplicated the fun spots that ran on the Golden Globe awards with a similar campaign for the Super Bowl using made up Twiiter comments.

The reboot of Robocop, Transformers 4: Age of Extinction starring Mark Wahlberg, Seth Rogen and Zac Efron's Neighbors will have their own Super Bowl spot but the movie studios didn't release any teases before the Sunday's telecast.  Super Bowl previews were released for Captain America: The Winter Soldier, The Amazing Spider-Man 2, 3 Days to Kill and Draft.  Disney went for a different type of tease for the Aaron Paul car flick, Need for Speed. Aaron Paul and co-star Kid Cuti (real name: Scott Mescudi) ask viewers to tune-in on the big game day for an exclusive look at the action movie.

Kevin Costner is coming back strong as a leading man in 2014 with three films in the first half of the year including Jack Ryan: Shadow Recruit, and he's getting more visibility this weekend with two spots for 3 Days to Kill and Draft.