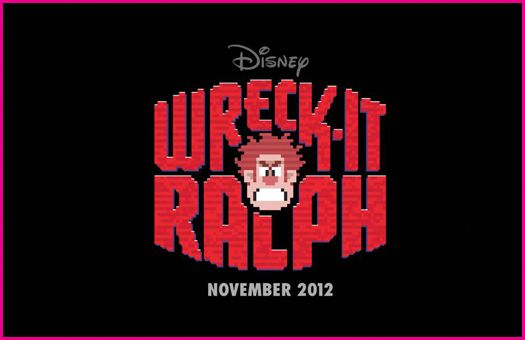 Walt Disney has released the teaser poster from WRECK-IT RALPH that should please old school gamers.

Before there was Halo, Grand Theft Auto, and Wii, 8-bit games were the obsession and WRECK-IT RALPH take us old schoolers back down memory lane with this image from the new teaser poster.  A younger generation might need some explaining from the old folks, but the simplicity of the poster and the 8-bit Wreck-It Ralph logo certainly should intrigue the young and old viewer. 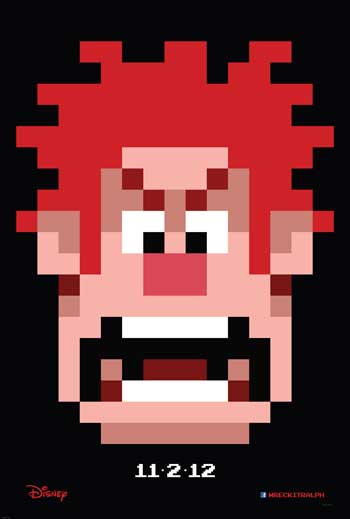 John C. Reilly, Sarah Silverman, Jack McBrayer, and Jane Lynch provide the voices of the new animated comedy which was previewed at Disney's Expo D23 last year where they premiered the title with the above image.  They've gone even simpler with Wreck-It Ralph's face with the title low on the poster art.

Walt Disney Animation Studios and Emmy®-winning director Rich Moore (TV’s “The Simpsons,” “Futurama”) take moviegoers on a hilarious, arcade-game-hopping journey in Wreck-It Ralph. Ralph (voice of John C. Reilly, “Talladega Nights: The Ballad of Ricky Bobby,” “Step Brothers”) is tired of being overshadowed by Fix-It Felix (voice of Jack McBrayer, “30 Rock”), the “good guy” star of their game who always gets to save the day. But after decades doing the same thing and seeing all the glory go to Felix, Ralph decides he’s tired of playing the role of a bad guy.  He takes matters into his own massive hands and sets off on a game-hopping journey across the arcade through every generation of video games to prove he’s got what it takes to be a hero.

On his quest, he meets the tough-as-nails Sergeant Calhoun (voice of Jane Lynch, TV’s “Glee”) from the first-person action game Hero’s Duty. But it’s the feisty misfit Vanellope von Schweetz (voice of Sarah Silverman, “The Sarah Silverman Program”) from the candy-coated cart racing game, Sugar Rush, whose world is threatened when Ralph accidentally unleashes a deadly enemy that threatens the entire arcade.  Will Ralph realize his dream and save the day before it’s too late?

Wreck-It Ralph crashes onto the big screen on November 2, 2012, in Disney Digital 3D™ in select theaters.