View Comments
Toymakers Warn: The Price Of Toys Will Go Up

During the Comic-Con 2009 Toymaker Q&A, Toymakers warned that the price of Action figures will go up next year by at least $3.00 dollars per unit. One toy maker stated that production costs have gone up. What we used to pay for a ten inch figure will now only get us a six. Toolmaking and dye costs have risen, and the technology is also changing. Even the cost of raw materials has gone up. David Scroggy of Dark Horse went on to explain that many of these manufacturing increases are due to political changes in China. Overtime, the eight hour work day and other labour laws that Americans have long enjoyed are now being introduced into Asia, driving up the cost of the work force. Add in the rising figures for raw materials, price increases are unavoidable.

Scott Neitlich of Mattel, added that going green also increases costs. He went on to explain that Mattel has made a commitment to be “Green” and that the self imposed standards that they have set as a company are even higher than what is expected by the government.

Another panelists chimed in that even the rising costs of gas have impacted toy making. Most toys are manufactured in Asia and must be shipped here, and then trucked. Until our economy recovers, toys will be more expensive, there’s no way around it.

Kevin Winnick of Toys2R USA did volunteer though, that they will try to add value to their toys through creative packaging. Adding collectable components like trading cards, accessories, or packaging figures in more creative configurations will be their way of compensating the consumer for their continued patronage.

All the panelist agreed that Toy Collecting is still a relatively inexpensive hobby, and for those of us that are not collectors and just want to play with the toys, some really exciting developments are coming in the very near future. Something that will knock our socks off more than the prices. 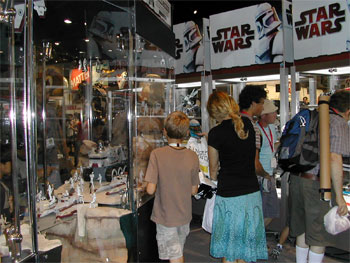 Those of us over thirty can relate to the image of Action Figures that looked little like their motion picture counterparts. The body types 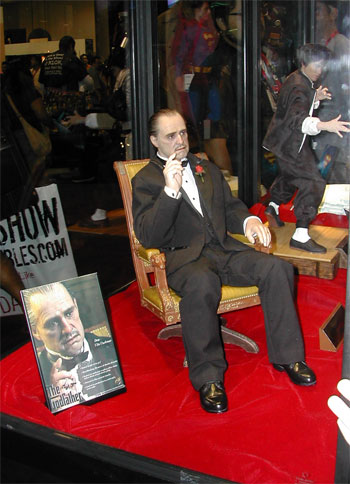 were crude and limited, and it seemed like only the heads and the hair colored changed. Well, toy makers promise some really exciting changes.

Due to new technology, the definition and detail that has become available will be very exciting. And the difference between figures that stand on a shelf and toys that you play with will have a much narrower gap. The detail on vinyl images will increase dramatically and the movability of their toy counterparts will increase as well.

When asked about the errors that sometimes occur between a movie character and their actual action figure, toy makers offered several explanations. They claim that it takes about nine months to manufacture a toy, so the design process must begin very early. Sometimes, the look that they are given from pre-production meetings can change during filming and by then it is too late to change the toy. For example, in Spider Man 3 the color of the costume was changed for creative reasons during filming, but the toy maker had already designed and produced the toy. They were forced to release their toy as designed and then take the criticism for being inaccurate.

In some cases, studios are very uncooperative and toy makers are forced to get their information the same way we do, through magazines and websites. But other studios are much more sensitive to the toy maker’s plight and give full creative access. When a toy company has a good working relationship with a studio or an art director, the resulting products are much more satisfying.

When asked how toy makers decide which characters will become figures, they replied that some decisions are fan based and some decisions are made by the studio. However, large store chains, such as Walmart or Toys R Us influence packaging and character combinations. Their gaol is to sell and encourage repeat business, thus the creation of blind packaging, where consumers must buy over and over again, or trade, to get the character that they are missing, or want.

Ultimately though, only the fans can create a hit. And studios and toy makers do listen. So make a lot of noise and get your preferences heard. The consumer drives the business. Without us, their toys end up in the bargain bin.