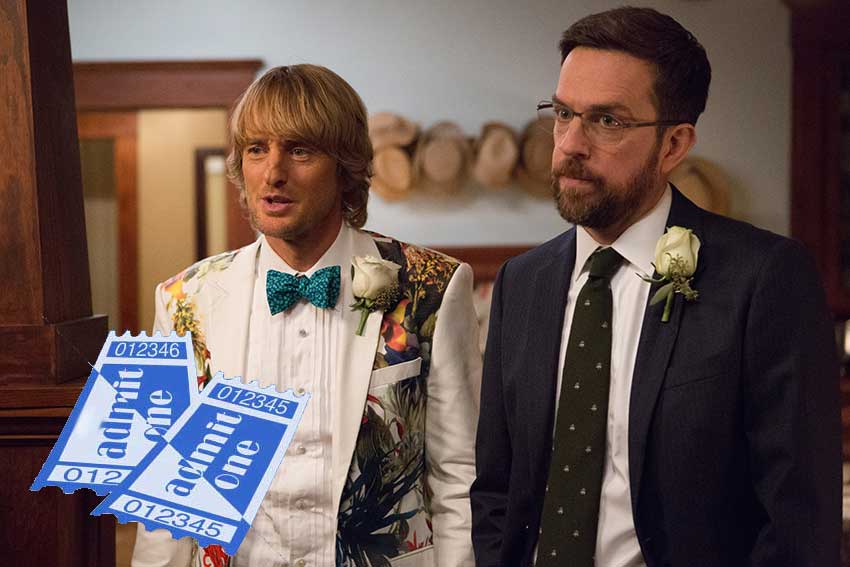 Owen Wilson, Ed Helms and Glenn Close star in the comedy FATHER FIGURES, and CineMovie has advance movie tickets to watch the comedy in Los Angeles. Get your tickets to the movie below.

Wilson and Helms are Kyle and Peter Reynolds, brothers whose eccentric mother raised them to believe their father had died when they were young. When they discover this to be a lie, they set out together to find their real father, and end up learning more about their mother than they probably ever wanted to know.

To enter FATHER FIGURES Ticket Giveaway, click on the form below.

PROMOTION DESCRIPTION: FATHER FIGURES Ticket Giveaway (“Sweepstakes”) begins on or about December 13, 2017 at 6:00 p.m. Eastern Time ("ET") and ends on December 18, 2017 at 11:59 p.m. ET (the “Sweepstakes Period”) or as long as tickets last.  At the end of the Sweepstakes Period, a random drawing will be conducted to select winners from among all eligible entries received, as more fully set forth in the OFFICIAL RULES.  Entry in the Sweepstakes does not constitute entry into any other promotion, contest or sweepstakes.  By participating in the Sweepstakes, each entrant unconditionally accepts and agrees to comply with and abide by these Official Rules and the decisions of CineMovie TV, 2700 Arlington Ave. Ste. 101 Torrance, CA  90501 (“Sponsor”), which shall be final and binding in all respects.