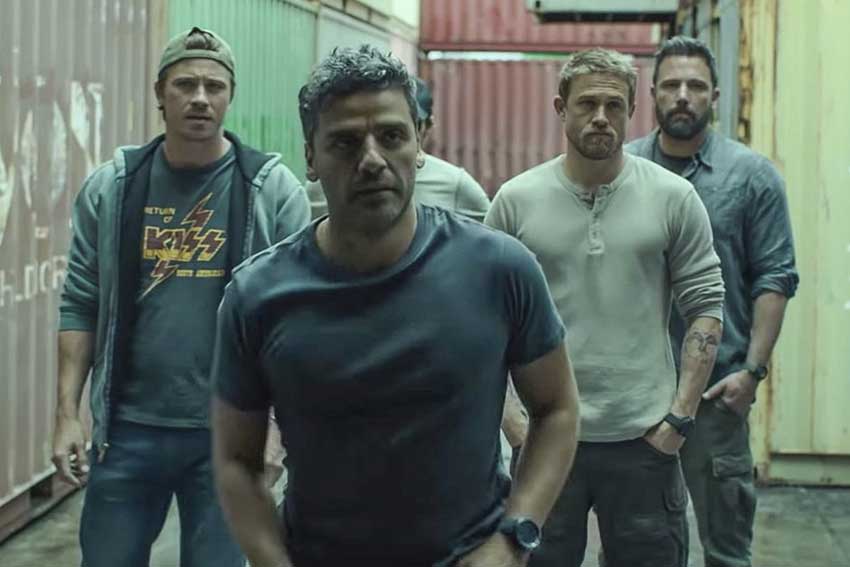 Five former Special Forces operatives reunite to plan a heist in a sparsely populated multi-border zone of South America. For the first time in their prestigious careers these unsung heroes undertake this dangerous mission for self instead of country. But when events take an unexpected turn and threaten to spiral out of control, their skills, their loyalties and their morals are pushed to a breaking point in an epic battle for survival.

PROMOTION DESCRIPTION: TRIPLE FRONTIER Ticket Giveaway (“Sweepstakes”) begins on or about March 1, 2019 at 6:00 p.m. Eastern Time ("ET") and ends on March 4, 2019 at 11:59 p.m. ET (the “Sweepstakes Period”) or as long as tickets last. At the end of the Sweepstakes Period, a random drawing will be conducted to select winners from among all eligible entries received, as more fully set forth in the OFFICIAL RULES. Entry in the Sweepstakes does not constitute entry into any other promotion, contest or sweepstakes. By participating in the Sweepstakes, each entrant unconditionally accepts and agrees to comply with and abide by these Official Rules and the decisions of CineMovie TV, 2700 Arlington Ave. Ste. 101 Torrance, CA 90501 (“Sponsor”), which shall be final and binding in all respects.