Win 'Get Out' Movie Passes in 5 Cities 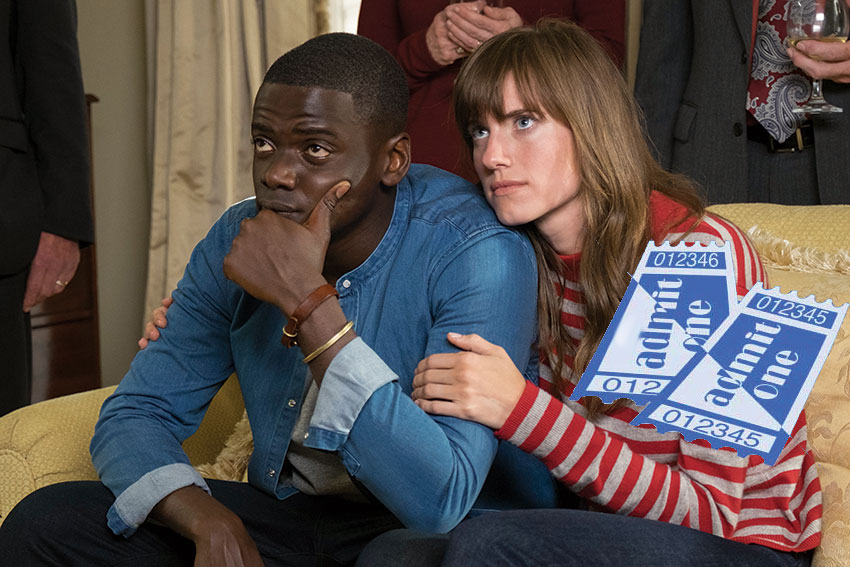 In Universal Pictures’ GET OUT, a speculative thriller from Blumhouse (producers of THE VISIT, INSIDIOIUS series and THE GIFT) and the mind of Jordan Peele, when a young African-American man visits his white girlfriend’s family estate, he becomes ensnared in a more sinister real reason for the invitation.  Now that Chris (Daniel Kaluuya, Sicario) and his girlfriend, Rose (Allison Williams, Girls), have reached the meet-the-parents milestone of dating, she invites him for a weekend getaway upstate with Missy (Catherine Keener, CAPTAIN PHILLIPS) and Dean (Bradley Whitford, THE CABIN IN THE WOODS).

At first, Chris reads the family’s overly accommodating behavior as nervous attempts to deal with their daughter’s interracial relationship, but as the weekend progresses, a series of increasingly disturbing discoveries lead him to a truth that he could have never imagined.

To enter the GET OUT Ticket Giveaway, click on the form below.

PROMOTION DESCRIPTION:  GET OUT Ticket Giveaway (“Sweepstakes”) begins on or about February 16, 2017 at 6:00 p.m. Eastern Time ("ET") and ends on February 12, 2017 at 11:59 p.m. ET (the “Sweepstakes Period”) or until tickets are sold out..  At the end of the Sweepstakes Period, a random drawing will be conducted to select winners from among all eligible entries received, as more fully set forth in the OFFICIAL RULES.  Entry in the Sweepstakes does not constitute entry into any other promotion, contest or sweepstakes.  By participating in the Sweepstakes, each entrant unconditionally accepts and agrees to comply with and abide by these Official Rules and the decisions of CineMovie TV, 2700 Arlington Ave. Ste. 101 Torrance, CA  90501 (“Sponsor”), which shall be final and binding in all respects.