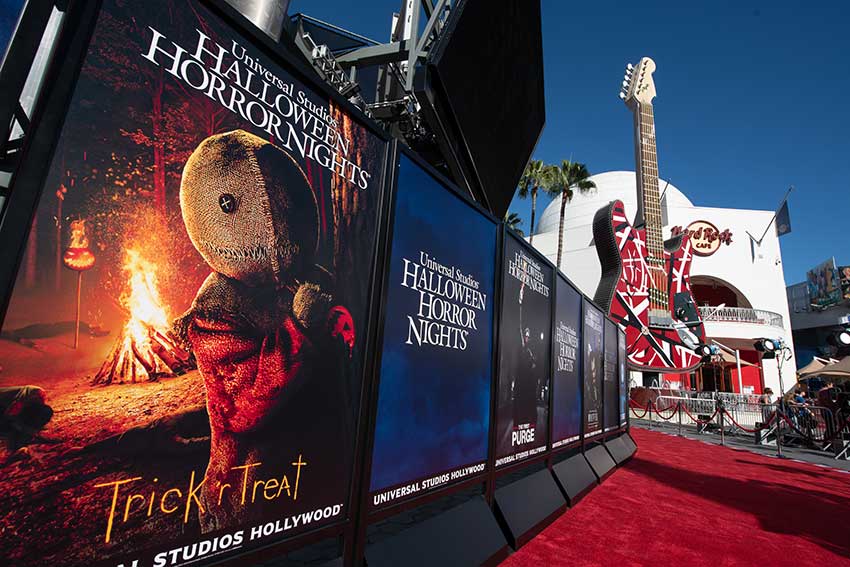 Celebrities came out for the opening night of Universal Studios' "Halloween Horror Nights" Friday night. Legendary Hollywood icon, Jamie Lee Curtis attended the red carpet event along with Slash, filmmaker Eli Roth (THE HOUSE WITH CLOCKS IN ITS WALLS, HOSTEL), the "Stranger Things" kids, Vanessa Hudgens, stars from "The Walking Dead" and many others. See the photo gallery below.

•“Stranger Things” - Netflix’s critically-acclaimed series comes to life for the first time in an all-new maze featuring the Upside Down and the predatory Demogorgon.

•“Poltergeist” - Inspired by MGM’s iconic supernatural horror film characterized as one of the scariest movies of all time.

•“The First Purge” - Inspired by Universal Pictures’ blockbuster thriller franchise, where all crime is legal for 12 hours.
•“Halloween 4: The Return of Michael Myers” - The iconic slasher is back in an all-new maze based on the classic Halloweenfranchise.

Tickets can be purchased at Hollywood.HalloweenHorrorNights.com.