Will Smith and Killer Croc Spotted for Suicide Squad Re-Shoots 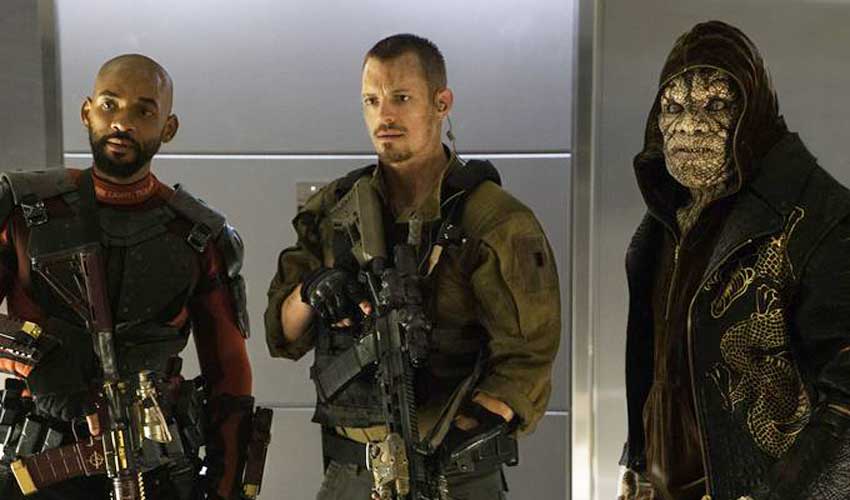 BMD.com is reporting SUICIDE SQUAD is currently undergoing reshoots to include more humor in the August 5th release. CineMovie can confirm that at least Will Smith and Adele Akinnuoye-Abjaje are partaking in the reshoots as they were recently spotted at a sound stage at a Hollywood studio lot.

The most recent SUICIDE SQUAD trailer was a hit because of the humorous bits, but according to BMD.com, the preview actually contains all the comedy from the movie. Fans are going in expecting a raucous good time based on the trailer, but reportedly the David Ayer film is darker in tone.

A source visiting the Paramount Studios in Los Angeles spotted Will Smith dressed as Deadshot and Adele Akinnuoye-Abjaje as Killer Croc near a sound stage. That particular sound stage has had activity for over a week, and they looked to be shooting “big action scenes” according to this source. Would they really go back and spend millions on re-shooting an action scene just to add humor as reports claim?

It’s not unheard of for productions to reshoot scenes as the case with “Star Trek Beyond,” but the speculation that SUICIDE SQUAD as it stands is too dark and the studio wants to lighten up the assembling of DC villains sounds silly. Other online sites claim Warner Bros. is worried because the major complaint against BATMAN V SUPERMAN: DAWN OF JUSTICE was its no-fun tone. The decision to spend “tens of millions of dollars” according to BMD.com for re-shoots would’ve occurred months ago. Maybe the great response from the trailer featuring Queen’s “Bohemian Rhapsody” did spur WB to change the tone of the movie. Based on the reactions on Twitter, people reacted positively to the preview often stating they were looking forward more to SUICIDE SQUAD rather than BATMAN V SUPERMAN: DAWN OF JUSTICE. This week the international trailer from Asia shows much more action, and keeps the humorous tone of the previous trailer.

Regardless of the criticism leveled at BATMAN V SUPERMAN: DAWN OF JUSTICE, WB is laughing all the way to the bank. The Ben Affleck and Henry Cavill film has earned $538 million worldwide in its first week of release.

Let’s hope David Ayer and WB don’t sacrifice quality over quantity of humor for this next DC movie.

Ben Affleck, Henry Cavill & Jesse Eisenberg Talk Smack About Each Other For Charity