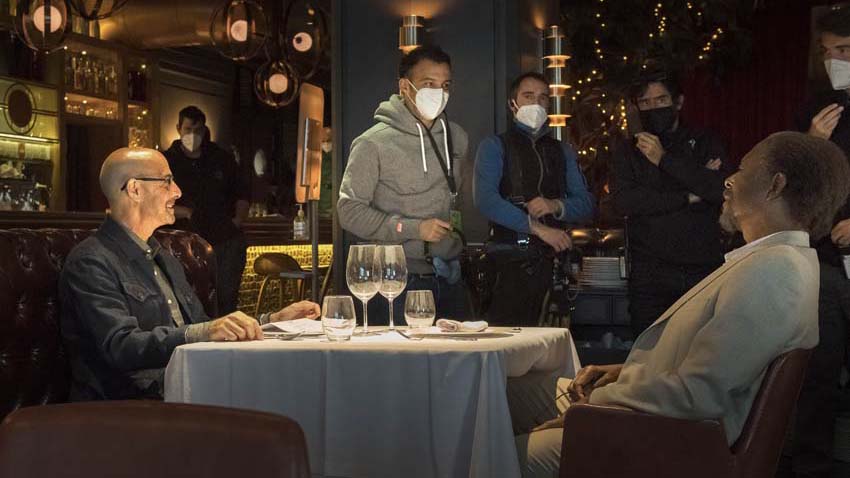 AMC partnered with Spanish production company Movistar+ for a new series, La Fortuna, directed by Alejandro Amenábar (THE SEA INSIDE, THE OTHERS) and starring Stanley Tucci, Clarke Peters along with Spanish actors. See the first look images from the new production still shooting in Spain.

La Fortuna centers on a young diplomat (Alvaro Mel) who attempts to recover a sunken treasure stolen by an adventurer played by Tucci. The six 45-minute episodes will debut late 2021.

NEW YORK – February 25, 2021 – AMC and Movistar+ have released first look images for their upcoming series La Fortuna. The first television series from director Alejandro Amenábar, La Fortuna is in the final phase of filming in locations in northern Spain and North America and is set to debut later this year.

In La Fortuna, Álex Ventura (Mel), a young and inexperienced diplomat, unintentionally becomes the leader of a mission that will put all his convictions to the test: to recover the sunken treasure stolen by Frank Wild (Tucci), an adventurer who travels the world plundering items of common heritage from the depths of the sea. Forming a unique team with Lucía (Polvorosa), a combative public official, and Jonas Pierce (Peters), a brilliant American lawyer with a passion for old pirate tales, Álex sets out on the adventure of a lifetime, on which he learns about the importance of love, friendship and commitment to your own beliefs.

Movistar+ is producing this series which consists of six 45-minute episodes, which will premiere exclusively on Movistar+ in Spain as well as AMC and AMC+ in the United States, Canada, Latin America and the Caribbean, in conjunction with AMC Studios and MOD Pictures. International distribution is carried out by Beta Film, a strategic partner of Movistar+.

The series was filmed across Spain, including in the Community of Madrid, Cádiz, Guadalajara, A Coruña, Zaragoza and in the Spanish Government’s headquarters, the Palace of La Moncloa.