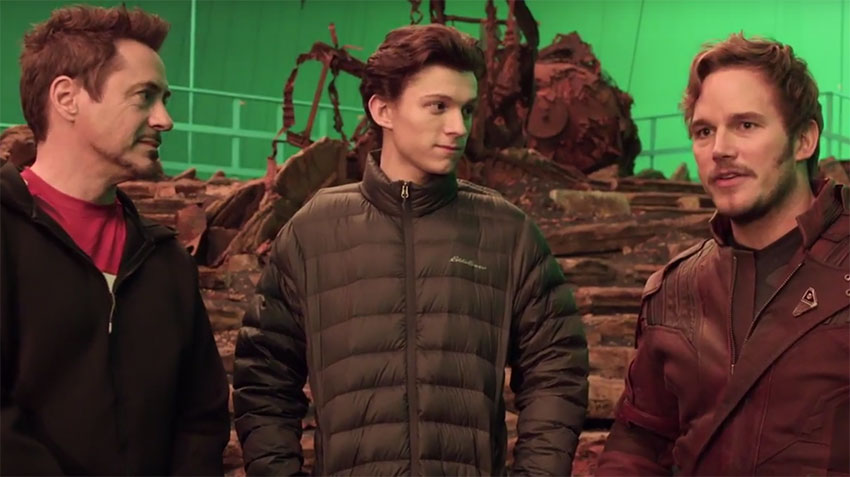 Marvel's first look at the production of AVENGERS: INFINITY WAR is geeking us out. The Guardians of the Galaxy will team up with the Avengers to save the world from Thanos.

AVENGERS: INFINITY WAR started production in January, and Marvel is already gifting us with a behind the scenes look with Robert Downey, Jr., Chris Pratt and Spider-Man Tom Holland on set, and we're getting the plot and villain for the movie. Marvel president Kevin Feige, and director Joe and Anthony Russo explain what to expect from the assembling of the Marvel superheroes which will include Benedict Cumberbatch, Star Lord, Gamora and Brie Larson as Captain Marvel.

AVENGERS: INFINITY WAR will be out in movie theaters on May 4, 2018