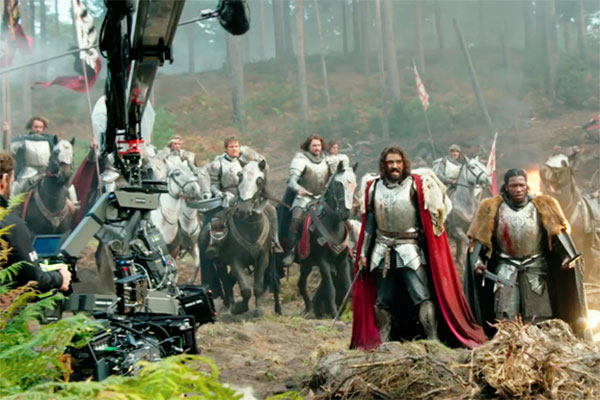 IMAX and the TRANSFORMERS franchise celebrate their 10-year relationship with a behind the scenes featurette that includes footage from the last four TRANSFORMERS movies including new scenes from the upcoming TRANSFORMERS: THE LAST KNIGHT.

The two-minute video gives us an inside look of the IMAX cameras during production of each movie with commentary from Michael Bay and an IMAX executive. Toward the end of the featurette, we also get a look at new footage which seems to take us back in time adds insight into the title, THE LAST NIGHT. Is this a flashback scene as we’ve seen in past TRANSFORMER movies or does the film do a little time traveling? We hope it’s the latter to make this fifth outing a little more interesting.