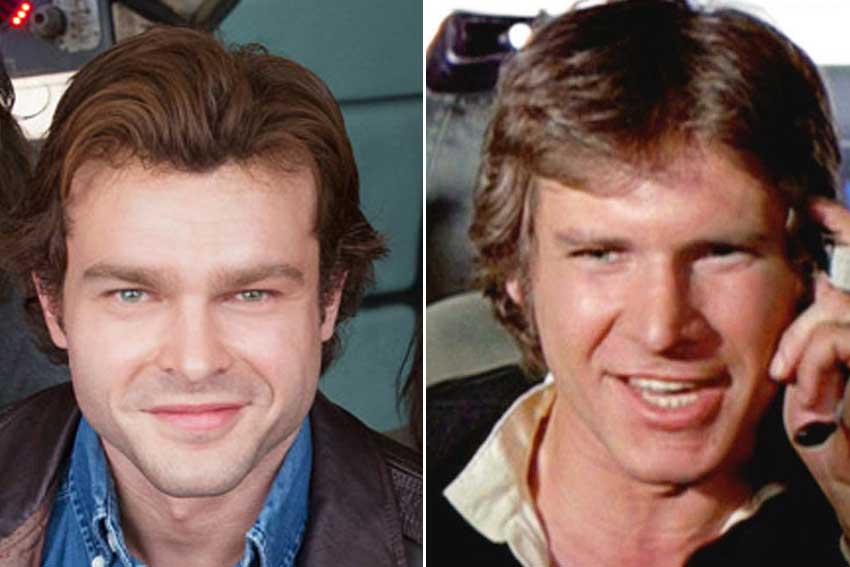 Production for the UNTITLED HAN SOLO STAR WARS STORY is underway in London, and I couldn't help but notice in the cast picture released by Lucasfilm and Disney that the actor, Alden Ehrenreich seems to be hair ready to portray the space pirate. While the physical resemblance isn't obvious, Alden captures the mischievous spirit of Han Solo, but more importantly his  coif seems to be on point.  Let's compare the young Han Solo in the first official UNTITLED HAN SOLO STAR WARS STORY cast photo with Harrison Ford's original scoundrel.

Lucasfilm celebrated the start of principle photography with a cast and filmmaker photo in the cockpit of the Millenium Falcon. Pictured from left to right is co-director Christopher Miller, Woody Harrelson, Phoebe Waller-Bridge, Alden Ehrenreich, Emilia Clarke, Joonas Suotamo as Chewbacca, co-director Phil Lord, and Donald Glover. Besides Chewbacca, the cast members are not in STAR WARS costumes, but Alden's head of hair bears a very close resemblance to Harrison Ford's wavy, brown locks.  (Read full announcement below) 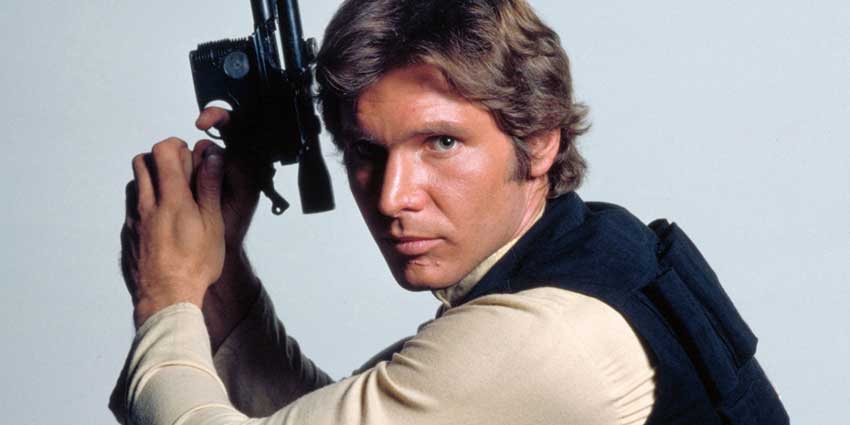 There's no doubt Han Solo/Harrison Ford had a great head of hair that you would want to run your fingers through, so we expect the same with the new Han Solo. The early picture of Alden gives us hope he'll be able to match the wit, charm and sexiness that Harrison Ford brought to the role. No pressure.

Hopefully Lucasfilm will release more behind the scenes photos including Alden in full costume.

Read the full announcement from Lucasfilm below. 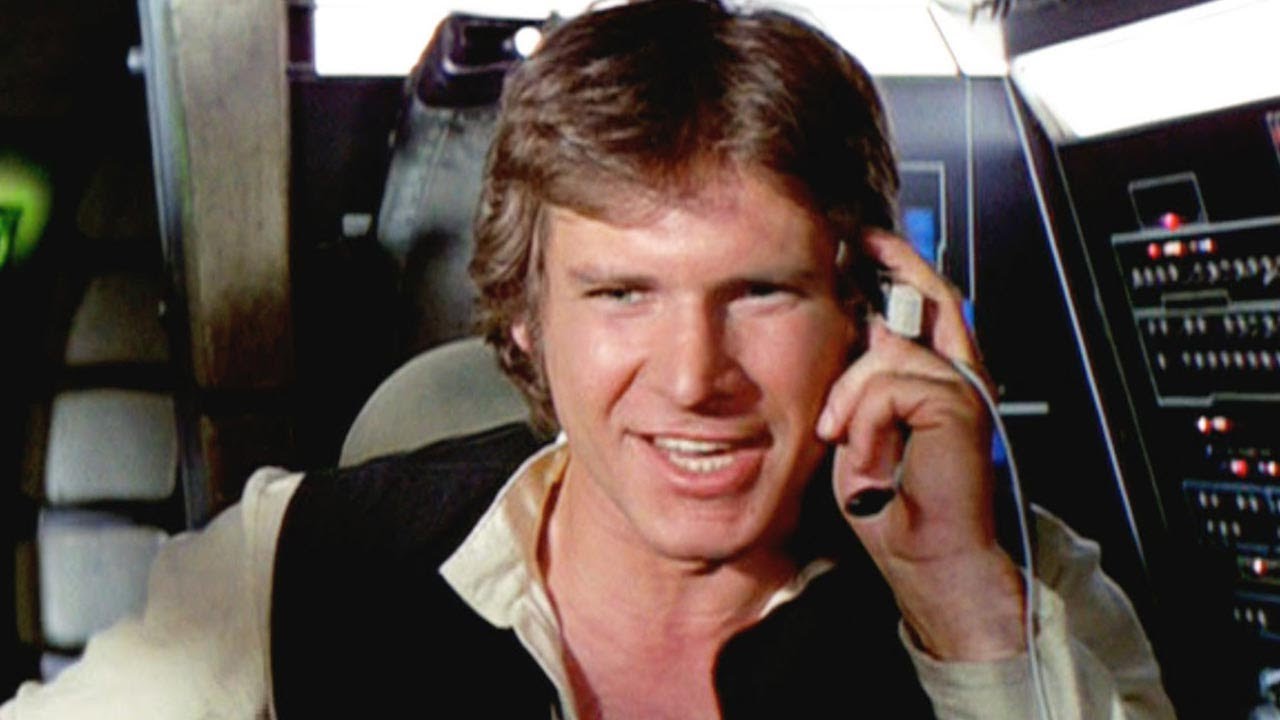 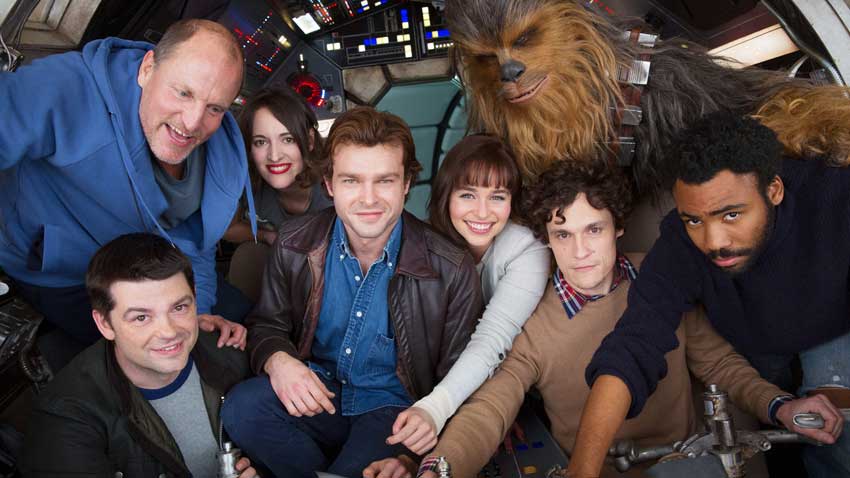 Cameras are rolling on the adventure-filled past of the iconic scoundrel and everyone’s favorite Wookiee; principal photography on the untitled Han Solo Star Wars Story officially began February 20 at Pinewood Studios, London.

The movie will explore the duo’s adventures before the events of Star Wars: A New Hope, including their early encounters with that other card-playing rogue from a galaxy far, far away, Lando Calrissian.

“Watching such inspired people from all over the world, with such unique voices, come together for the sole purpose of making art, is nothing short of miraculous,” Lord and Miller said. “We can’t think of anything funny to say, because we just feel really moved, and really lucky.”

Written by Lawrence and Jon Kasdan, it will be produced by Kathleen Kennedy, Allison Shearmur, Simon Emanuel, and co-produced by Kiri Hart, Susan Towner, and Will Allegra. Lawrence Kasdan and Jason McGatlin will executive produce.

The UNTITLED HAN SOLO STAR WARS STORY is slated for release on May 25, 2018.